Article Twin boys joined at the stomach are successfully separated 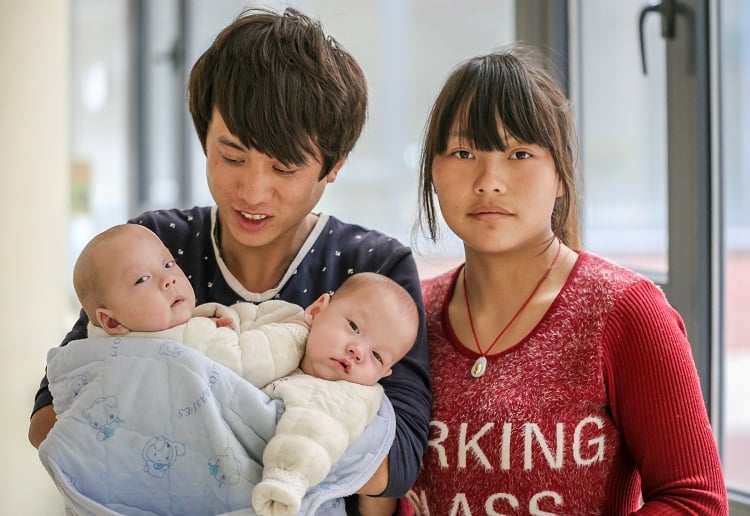 Medics in China separated five-month-old twins Yu Ce Yuan and Yu Ce Xiang – known as James and Harley – who were joined at the abdomen.

Parents Yu Dang and Zhou Li travelled, both 20, travelled more than 1,000 miles from their home in the rural, mountainous Guizhou province to Children’s Hospital of Fudan University in Shanghai for treatment. 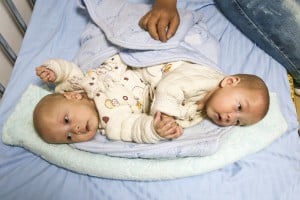 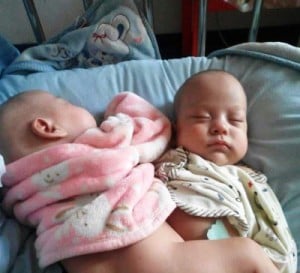 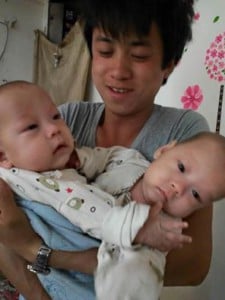 Surgeons sent data from the twins CT and MRI examinations to a 3D printing company to build two models of the conjoined body parts.

They then used the models to develop a plan for the operation, which involved separating the liver and pelvic bone before moving onto the intestines.

A urology team then worked to place the babies’ bladders back inside their bodies before orthopaedic surgeons took over to reconstruct there pelvic cavities.

Finally the surgeons fitted colostomies and closed all incisions before the boys were taken to intensive care.

Mother, Zhou Li, said: ‘In the beginning there was nothing abnormal. It was only when I had the baby that I realised they were conjoined twins.

‘It was very painful and difficult. I felt like I was soon to die, like I couldn’t breathe and there was a lot of blood.

‘I never considered giving them up. I gave birth to these children, they’re my flesh and I wouldn’t give them to anyone else.’

Surgeon, Dr Zheng Shan, said it was an unusual case with about one in 30,000 being conjoined twins. 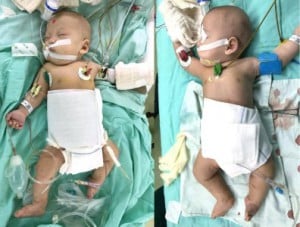 He said the hospital – which was the first to use the 3D printing technology in China last summer – had dealt with nine cases of conjoined twins.

The operation, on February 24, was made possible by the generosity of strangers around the world who donated more than £40,000 ($76,000 au) to cover costs.

The couple, from one of the poorest areas of China, had been unable to afford scans before the birth of the twins and the delivery came as a shock to the family and doctors.

“So far, the boys are doing stable and are fighting infection, which is to be expected after such a complex and traumatic surgery.”

Images via Love without boundaries