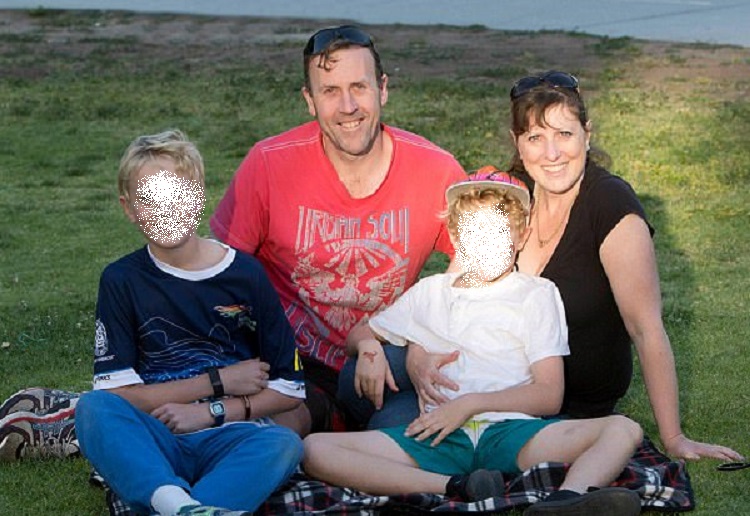 Two young brothers have been left without their parents after losing both of them to cancer within two months of each other.

Julia Watts, 47, passed away from breast cancer on March 10 and only 10 weeks later her 45-year-old husband, Jason, lost his battle against B cell lymphoma on May 15.

Dylan and Connor, 10 and 13, now live with their grandparents as the rest of their extended family help raise the young boys to have a normal life.

Mr Watts said his brother and Julia’s love and dedication to each other was something that would live on in their boys.

‘They taught their children to love one another and look out for each other in life,’ he said.

‘Family was everything to them.’

Mr Watts said Jason and Julia were the most positive and strong-willed people he had ever met.

‘They both only ever looked at beating this nasty horrible disease and not once did I hear them say the word death,’ he said.

‘Right down to the last 12 hours of Jason’s life, he was telling us that he will be going home in a few days and the cancer wasn’t going to beat him.’

In 2008, Julia was diagnosed with breast cancer and went into remission for about two years until it returned.

Jason was soon diagnosed with B cell lymphoma and similarly went into remission but it returned.

Our thoughts are with the boys and the family at this terrible time.