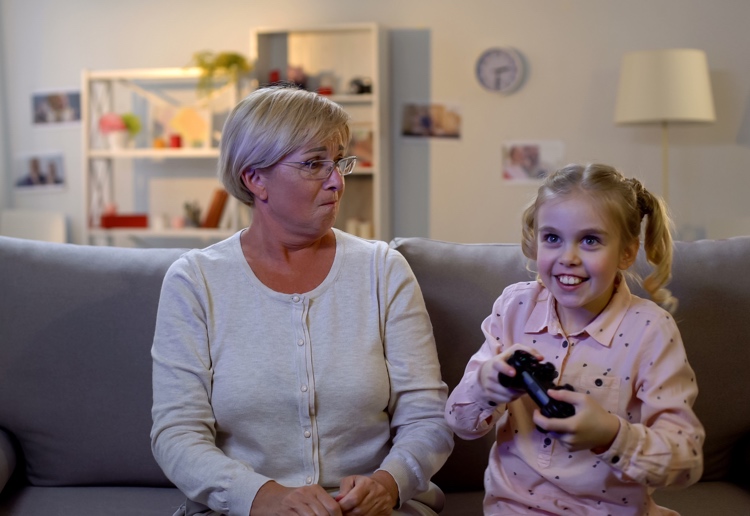 A majority of grandparents surveyed in The Australian Seniors Series: Raising Modern Australia believe children are doomed because of modern parenting styles, with 81 per cent fearing for the future happiness of their grandchildren.

More than half believe their grandchildren will be much less capable, self-sufficient, resilient, disciplined and have much less moral character.

“They also believe their grandchildren will be negatively impacted by the praise and reward-inspired culture that exists today,” the survey said.

The survey also found parents believe grandparents waved off concerns about dietary requirements and personal safety for children too easily.

When Lynette Honeysett was a child in the 1960s, discipline was swift and sometimes harsh.

“We got smacked with a wooden spoon if we were naughty, and it happened on a regular basis,” she said. “I can remember copping quite a few hidings.”

Ms Honeysett said she believed parents paid too much attention to their smartphones when they were with their children: “It’s a particular bugbear of mine. I say to Joel ‘Get off your phone’.”

She also said we need to avoid helicopter parenting.

“Let her run, fall over,” she said. “If she breaks an arm, she’s going to learn a lesson that way.”

However Dr Justin Coulson is concerned that the ongoing attitude of  “well I turned out okay“ is really not helping.

“We think we turned out okay because we don’t know how we might have turned out had things been different.

“Do you really think that being yelled at or hit with a wooden spoon is going to create better people? I don’t. My feeling is that more kindness will lead to so many improved outcomes for our children. There is so much pain in the world. Better parenting can reduce that pain.”