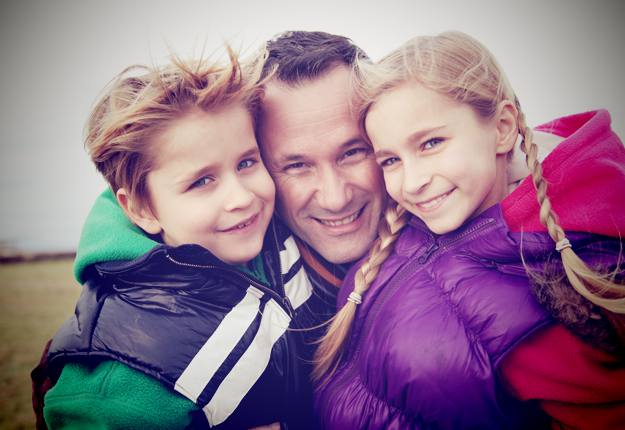 It may be cold outside, but don’t let the cabin fever set in and get out to explore your city.  All the big shows are now happening and are sure to delight the young and young at heart! Here is what’s on in July to bring you some winter fun.

It’s time to say Hoo-Roo to Possum Magic, the Musical. After celebrating 30 years of magic, Possum Magic will tour Australia for the very last time.  The performance features larger than life size puppets and a cast of talented performers, telling the story of baby Hush, the little possum – complete with everyone’s favourites lamingtons, pavlovas and vegemite sandwiches.

It’s time to prepare yourselves for Horrible Histories live on stage! Using actors and ground-breaking 3D special effects, this astounding show is guaranteed to thrill you as historical figures and events come alive on stage and hover at your fingertips.

From the fascinating Pharaohs to the power of the pyramids, discover the foul facts of death and decay with the meanest mummies in Egypt. Are you ready to rumble with Ramesses the Great? Dare you enter through the Gates of the Afterlife?

Direct from the UK, this live stage show will be an experience kids will remember for eternity! Recommended for ages 6+.

A true star of children’s entertainment Sam Moran is set to capture preschoolers’ hearts with his new live show Play Along With Sam. Based on his new Nick Jr. TV show, the former star of The Wiggles will present an exciting array of music, song and dance as he takes to the stage with his band The Bam Bam Binos. Sam will also be conducting a Meet and Greet for all ticketholders directly after the second show commencing at approx 12:30pm.  Children 18 months and under are permitted free of charge on the lap of a ticketed patron.

Jimmy Giggle, Hoot the Owl and their best owl pal Hootabelle are coming to Sydney for their first ever live stage show, Giggle and Hoot and Friends. Join Giggle and Hoot for a 50 minute Giggle-liscious stage spectacular with your favourite ABC characters, Bananas In Pyjamas and LazyTown. A fun day out for the whole family!

Room on the Broom

A much loved witch and her animal friends fly in to Australia when world renowned children’s book Room on the Broom comes to life on stage. The magical musical adaptation of the much loved book by Julia Donaldson & Axel Scheffler, tells the story of the witch and her cat who are flying happily on their broomstick – until a stormy wind blows away the witch’s hat, bow and wand. A helpful dog, bird and frog find the witch’s lost things, and they all hop on the broom for a ride. But this broomstick’s not meant for five and – CRACK – the broom snaps in two! When a hungry dragon appears, who will save the poor witch? Recommended for 3-8 years of age.

Come along with Elmo and the Sesame Street gang as they circle the globe in this all-singing, all-dancing stage show touring Australia in 2013. Abby Cadabby, Big Bird, Grover, Zoe, Cookie Monster and Elmo use the letters of the alphabet to navigate a voyage through imagination that sees the gang visiting China, Zambia, France, India and Australia!

Join The Cat in the Hat for a Seussical Musical Adventure! Seussical: The Musical is an amalgamation of at least fifteen of Dr. Seuss’ famous books, creating a fantastical, musical extravaganza. Bring the family to experience the magic as the classic rhyming styles of Dr. Seuss combine with a larger than life soundtrack!

This school holidays, snow is coming to Brisbane!! The Cultural Forecourt at Southbank will be transformed into an amazing winter wonderland where children can play in real snow, make snowmen and snow-angels, throw snowballs and participate in snow challenges! Tickets are sold at the gate only. Each child’s ticket includes free entry for one adult. Children must be under 14 years of age.

Justine Clarke is one of the most recognised and trusted faces on the Australian entertainment landscape: best-selling children’s singer, accomplished jazz chanteuse, internationally acclaimed film star, seasoned stage actor, and constant, reassuring presence on daytime TV institution, “Play School”.  She now brings her performance to Tasmania for a Pop Up Tour, which is sure to wow and excite the whole family.

The world’s most popular children’s entertainment group, The Wiggles, are heading out on the road to introduce their new team. After 21 years of entertaining children around the globe, it’s the beginning of an exciting new era for The Wiggles as they head out on their ‘Taking Off’ tour. All of your Wiggly friends, Dorothy the Dinosaur, Captain Feathersword, Wags the Dog and Henry the Octopus, will be along as well to dance and sing along to Hot Potato, Rock-a-Bye Your Bear and all your favourite Wiggles hits.

Slava’s Snowshow is a breathtaking spectacle of beautifully crafted comic images, restoring childish wonder in people of all ages. Following his sensational performance as part of Cirque du Soleil’s Alegria, Slava went on to create his own Slava’s Snowshow which has become a multi award-winning international sensation,
delighting and thrilling audiences in more than 80 cities around the
world. Recommended for children 8 years and over, strictly no admittance to children under 3 years of age.

The heart-warming wonderful production of Winne The Pooh and Friends is being presented for the first time by Prompt Corner. Adapted from the original story by A.A. Milne, it is portrayed in dance and drama and set to nursery music of the period. This delightful production will enchant the young and not so young who can remember their childhood and reading all the tales of Winnie the Pooh. Meet all the memorable characters as they come to life on stage. Children are invited to come dressed as a bear and bring their favourite bear with them.  Children under 3 years are free.

Room on the Broom

A much loved witch and her animal friends fly in to Australia when world renowned children’s book Room on the Broom comes to life on stage. The magical musical adaptation of the much loved book by Julia Donaldson & Axel Scheffler, tells the story of the witch and her cat who are flying happily on their broomstick – until a stormy wind blows away the witch’s hat, bow and wand. A helpful dog, bird and frog find the witch’s lost things, and they all hop on the broom for a ride. But this broomstick’s not meant for five and – CRACK – the broom snaps in two! When a hungry dragon appears, who will save the poor witch? And will there ever be room on the broom for everyone? Recommended for 3-8 years of age.

Enter a world of wonder where heroes and hearts prevail – Disney On Ice: Princesses and Heroes makes its way to Australia! Join Ariel as she yearns to explore the world above the waves, see Prince Philip defeat the evil Maleficent as she transforms herself into a fire-breathing dragon in a race against time to rescue Sleeping
Beauty’s Aurora. Be there to discover a whole new world with Jasmine and
Aladdin, and watch in awe as the dreams of Cinderella, Belle, Snow
White and Tiana all come true. High-flying jumps, daring acrobatics,
breathtaking skating and lovable Disney friends are just a wish away!