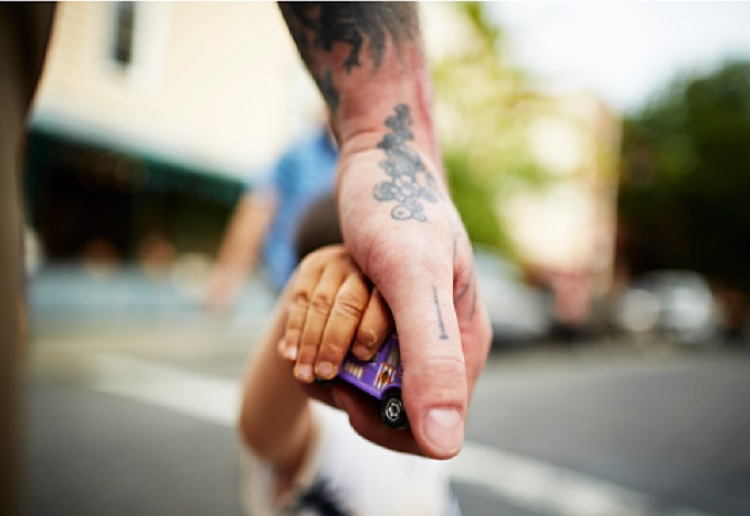 A caring Father has taken to Reddit to ask if anyone has ever tattooed their twins to tell them apart.

The most important detail –  not because they don’t want to call them by the wrong names, but because it may be a matter of life and death.

Thrwydad wrote on Reddit – “My wife and I have two very premature twin boys. There is no difference between them apart from Aaron having very serious health issues, requiring him to have medication every 4 hours. If he doesn’t have his medication it leads to significant consequences.

The boys are 12 months old and are completely identical. Even me and my wife can’t tell them apart and have been drawing on Adams arm every day with permanent marker (Aaron has very sensitive skin and we don’t want to irritate it). This backfired when the twins were at grandmas and after a bath rubbed off the texta, grandma accidently gave Aaron’s medication to Adam. Adam ended up very sick and Aaron in hospital for a week. This is a serious extreme situation and I don’t want to take this risk again. We have had other mix ups with the boys but it has never wound up this bad.

We have tried other things but nothing else worked as well as the texta for numerous reasons-nail polish, bracelet, anklets, specific colour clothes for each boy, shaving ones head and having the others long..

We are after a more permanent solution. I read online about someone tattooing a single dot on one of their twins and also about piercing ears. I really hate to say it but we are here. I need to do something permanent. I could have lost both my sons last weekend and I’m desperate. I am only after permanent solutions. Believe me when I say we have tried everything else before and it didn’t work. Please help me. I don’t want to lose my boy.”

Most responses have been very supportive, offering a solution that helps Thrwydad tells his boys apart and keep them safe and well.

“When I saw the title of this post, I thought “who the hell would tattoo their kid??”, but after reading how serious mixing them up can be, I absolutely think it’s justified. The short term pain of a small dot tattoo is much better than losing one of them. I wouldn’t hesitate to do the same thing in your situation.” one member wrote.

Another user commented – “I’m not sure about with babies, but I know on adults tattoos done on the feet and palms don’t usually last permanently (because of the kind of skin). So a small tattoo on the heel of the foot would be almost unnoticeable even if it didn’t fade like an adult’s tattoo”

One mum suggested – “Hello! I have identical twins. In desperate, frantic times, when I felt like a horrible mother when I couldn’t immediately determine which twin was which, (my girls have tells if you search for them), I just painted their toe nails, each with their own colors.”

The support kept coming – “I’ve heard of people tattooing dots on the bottom of the toes of multiples. It’s only semi-permanent since foot tattoo tend to wear off because of friction.”

“I would do the tattoo. My cousin has a small tattoo on his chest that he got when he had cancer as a child to mark for radiation treatment. I bring this up because you may be able to get the tattoo in a medical setting. Ask your Ped about it.”

Have you ever been in a similar situation?