Article Why Women Should ALL Be Learning to “Ask for Angela” 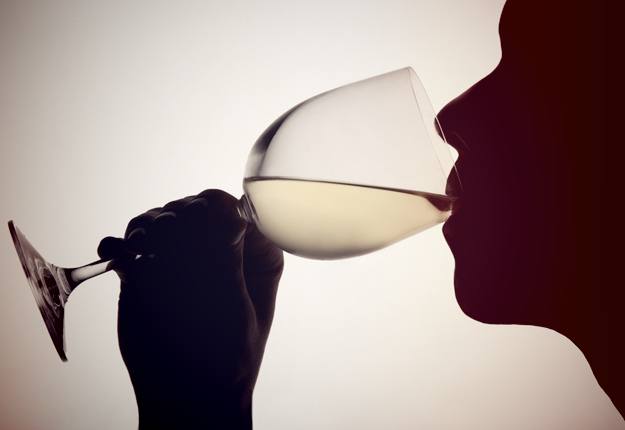 Women worried about their safety during a night out will soon have support on hand.

Just head to the bar and “ask for Angela”.

The NSW government says staff at licensed premises in the city will be trained to provide discreet assistance if someone seeking to remove themselves from an uncomfortable social situation uses the phrase, reports 9 news.

It will launch on Saturday and will trial for three months, with staff at 1300 venues across the CBD – including bars, restaurants and hotels – trained in how to respond. 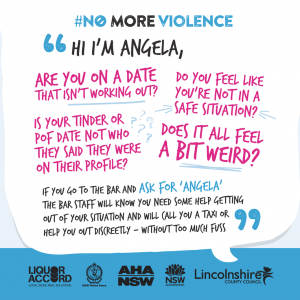 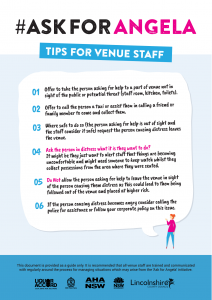 The initiative, which first emerged in the UK, has previously been trialled in regional NSW centres such as Wagga Wagga, Albury and Orange.

“The worst case scenario is walking out of a venue and not knowing what’s going to happen next,” she said.

She said it would “give power back” to women.

He said he was “confident” that seeing signs displayed could help alter how they acted.

People feeling unsafe or involved in a situation out of their control are urged to approach staff in the venue and ask for Angela.

“Staff can then intervene by calling police, organising safe transport home or referring the patron to support services.”