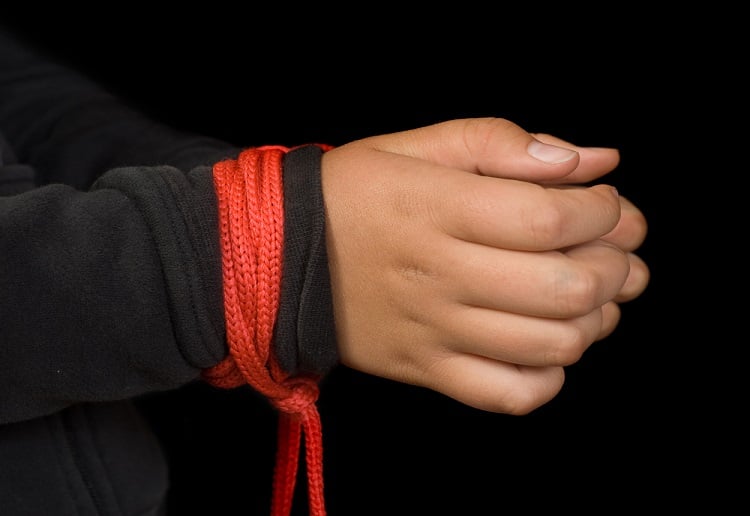 Woman accused of tying up her nine-year-old daughter, dressing her in a “Playboy” outfit and allowing men to rape her has been granted bail.

The story that first broke in September with horrifying allegations including the nine year old waking up in bunny ears and a short black dress and her mother forcing her to perform oral sex on her friends.

Police are expected to tell the Southport Magistrates Court the 37-year-old Gold Coast mother at one time had sex with two men in front of her daughter before the child went to bed, reports news.com,au.

It has been alleged the girl woke while a man was having sex with her as her mother held her down. When she asked them to stop, she was given a drink by her mother which caused her to feel “woozy” and fall asleep, it will be alleged.

The mother is accused of allowing her friends to rape the girl on several occasions at her home between May 2014 and May 2015.

Police will also allege the woman performed oral sex on the child, including during one shocking ordeal when the girl allegedly woke up in the dark on her hands and knees in the garage of the family home and described “multiple sets of hands touching her”.

The girl allegedly tried to get away but a man told her she would be shot if she left.

She was allegedly raped and woke tied up on the floor.

It will be alleged at one stage during the 12-months the girl lived with her mother while her father was in prison she was tied to the corners of her bed and left for more than 12 hours without food or water.

The mother allegedly told the child, “Don’t be naughty again” when she was untied.

The allegations came to light last month after the child told a psychologist about the incidents.

The mother is facing 17 offences, including rape, torture, deprivation of liberty and indecent treatment of a child under 16.

The Gold Coast mother accused of helping her friends rape her nine-year-old daughter by tying her up and dressing her in a ‘Playboy outfit’ has been granted bail.

The 37-year-old woman who spent almost three months in Brisbane Women’s Correction Centre after being arrested in September was granted bail at the Southport Magistrates Court on Tuesday and will be released on Friday.

The mother has been charged with 17 offences, including rape, torture and indecent treatment of a child under 16.

Allegations also emerged that the woman had sex with two men in front of her daughter and later helped a man rape her by restraining her and making her drink something that made her fall asleep.

The woman’s lawyer Deanne Nicoloso, told the court she would be fighting the charges.

The woman while on bail will not be allowed any contact with her daughter and must report to a parole officer twice a week.

Signs of sexual abuse
The main message from survivors is about the importance of paying attention to children’s behaviour. If children are being sexually abused, there may be physical signs such as bleeding from the vagina or anus (back passage), sexually transmitted infections (STIs) or poor hygiene.

However, signs in a child’s behaviour are more likely. These include:

•significant changes in behaviour, aggressive behaviour or regression (going back) to an earlier stage of development (for example, bedwetting)
•sexual behaviour that is not appropriate to the child’s age
•depression or social withdrawal
•getting into trouble at school (sometimes to avoid going home)
•self-harming behaviours (for example, self-mutilation, suicide attempts or prostitution).