Article Yet another severe reaction to sunscreen sparks concerns 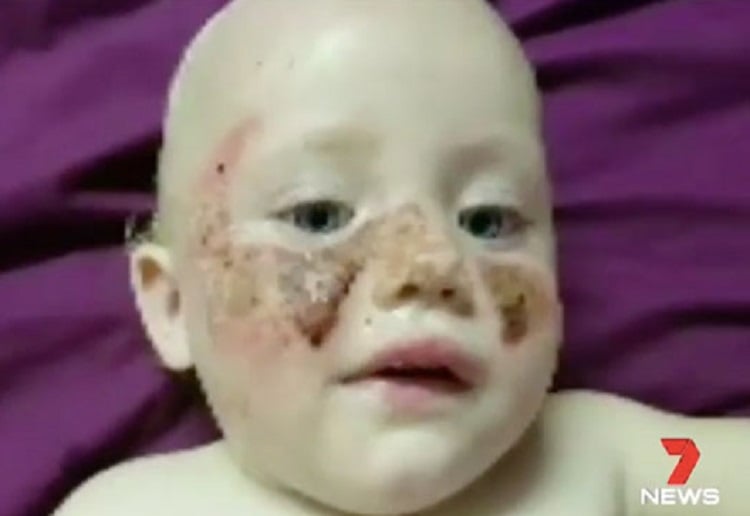 A baby girl’s face was covered in red blisters after she suffered an allergic reaction to Cancer Council sunscreen.

Yet another case of severe sunscreen reaction. Little Chloe’s nose and cheeks peeled several days after the Kids 50+ product had been applied to her face.

Her Sydney mother, Sarah Wallace, described the horror as her daughter became the latest victim of the Cancer Council’s products.

‘Her face looked like a piece of bacon,’ she told 7 News on Wednesday.

‘There was no doubt in my mind that it was directly from the product itself.’

The Cancer Council said only one in 125 people were likely to be affected.

‘Baby skin is particularly sensitive. It’s also thinner than adult skin so the ability to get a reaction is much higher,’ chief executive Sanchia Aranda told 7 News.

The charity has re-tested its sunscreens and had found nothing wrong.

Last month, a three-month old baby boy in Queensland was hospitalised for severe burns and rashes after SPF50+ sunscreen was applied to his skin. Read that story here.

Experts are encouraging parents to do a patch-test before use.