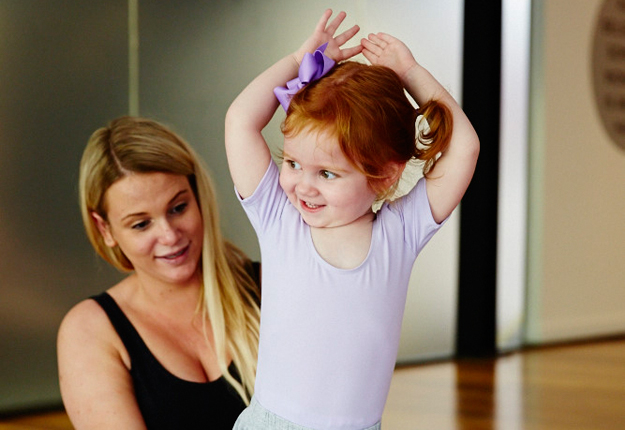 A four-year-old girl could spend the rest of her life paralysed after she injured herself while performing a yoga move during a dance class.

The young girl, known as Xiao Bao, was doing a ‘back bridge’ when she lost her balance and fell down, unable to move her legs.

The move was performed during the warm-up routine at a class in Zhengzhou, China, The Sun reports.

Xiao was rushed to Zhengzhou Children’s Hospital where Dr Qi Lin confirmed she hadn’t broken her spine, but had likely seriously damaged it, according to The Sun.

“It’s a spinal contusion. It’s not looking optimistic,” he said. “There’s a very big chance this child could be paralysed for life in her lower body.”

According to reports, Bao’s mother and father discovered the private dance instructor did not have any sort of certificates to operate – suggesting they were not professional enough to teacher children such dangerous moves.

We hope she does make a full recovery. SO scary!

Remember the five year old little girl a couple of years ago who was paralysed after doing a similar move?

Eden is now in a wheelchair, having lost the ability to sit up on her own. Read her story HERE>

MoM team spoke to Beth from KarmaKidsYoga to get her opinion on this incident.

Beth told us, “Whilst I feel extremely sad to hear of this young child’s experience, I think it’s vitally important that we keep things in perspective.

“The article does not share any of the details with regards to the reputation of the dance school or the teacher who was leading the class. I am also concerned that she was doing yoga at a dance school and therefore potentially not with a trained kids yoga teacher.

“From my many years of experience in teaching young children yoga through KarmaKidsYoga, safety is of the utmost importance.

“Children love to experiment with their bodies and they can often be seen trying out poses, such as the wheel mentioned in the article, simply because they often can. Their bodies are flexible enough to just “pop up” into the shape. But that doesn’t mean that they should!