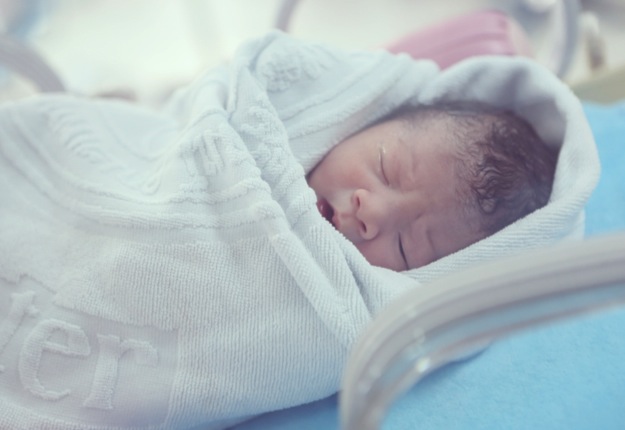 What to do when the baby is born before you get to hospital. The most important thing is to keep the baby warm – put her on your chest covered with a warm towel.

Women often express a fear of giving birth en route to the hospital, and these fears have some basis. Dramatic videos do the rounds on social media of women giving birth to babies in cars, on their front lawn, or as recently happened, in the car alone and then driving themselves to hospital.

In Australia, around four to five in 1,000 births are recorded as “other”, meaning the birth didn’t occur in hospital, in a birth centre, or as a planned home birth. The birth may occur in the woman’s home, en route to the hospital or in ambulances where a midwife or doctor is not in attendance. More babies are born as unplanned out of hospital births than as planned home births in Australia. We often refer to these births as “born before arrival”.

Babies born before arrival are more likely to be premature (12.5% compared to 7.3%), be smaller, and most likely be a second baby, and a girl (possibly because they are smaller).


In a new study looking at ten years of births in NSW, we found women more likely to deliver early are women of low socioeconomic status, those living in rural or coastal areas and those living in areas with high rates of planned home birth.

This may be due to some women having poor levels of engagement with health services, or needing to drive big distances to get to hospital. Another factor to consider though is some of these births could be “freebirths” – giving birth at home intentionally without a midwife or doctor.


What to do if the baby is coming early


Some other things to be aware of is that liquid (amniotic fluid) will come out as the baby is born. Be prepared – there will be some blood loss and up to a certain point this is a normal part of the process. Most importantly try not to panic – birth is a normal process.

It’s hard for women to always get the timing just right when making the decision to go to hospital or the birth centre, or to call the midwife for a home birth.

We know going to hospital too early will increase your chances of interventions such as a synthetic oxytocin hormone to speed labour up, forceps or caesarean sections. These lead to more bleeding and pain for the mother, longer length of stay in hospital and a greater chance of the baby needing to be admitted to the neonatal intensive care unit.

Be aware if you had a reasonably quick first birth. Chances are it will be even quicker second time around.

It’s really important women don’t worry too much about this happening as the chances are small, and even if it does happen it usually turns out fine. Once the shock wears off, you have an entertaining birth story!

If you follow the steps above you can dramatically reduce the risk of problems for the baby.