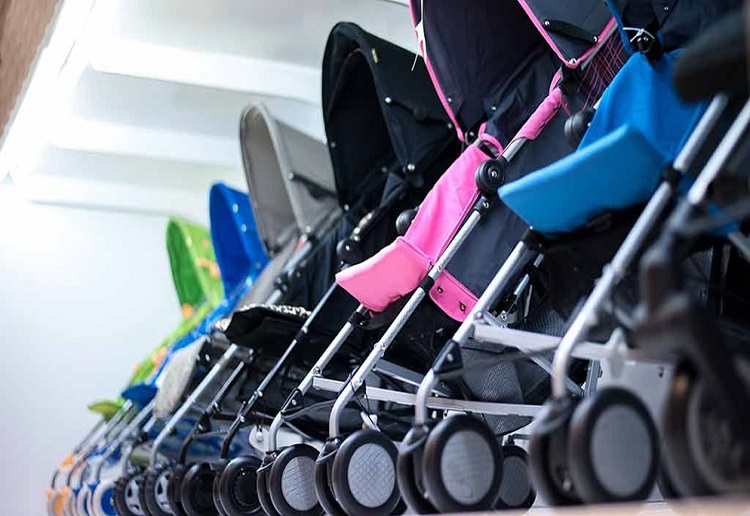 Choice study has found 40 per cent of prams pose a strangling hazard.

In the study, small to big-name brands and the latest pram models were rated for child safety.

18 models from brands including iCandy, Stokke, Phil & Teds and Mountain Buggy failed stringent but sensible safety checks, which are currently voluntary for manufacturers.

“We’re testing the brakes, durability, whether there are entrapment risks, how stable the pram is, and whether the harness comes apart in a safe way,” Choice head of policy Sarah Agar told 7 News.

On a rolling rig for 64 hours, at 5km/hr, Choice tested how the prams mount kerbs, tackle hills and dips, and whether a child could fall out.

Choice tester Kim Gilmour demonstrated how easily a baby could fall out of one model because there was no head barrier.

“A baby could trap its head between the canopy and the seat,” she said.

The study also found strangulation hazards to be a real concern.

Several at the bottom end of the price scale which failed the tests cost less than $500 dollars, with one being just $200. 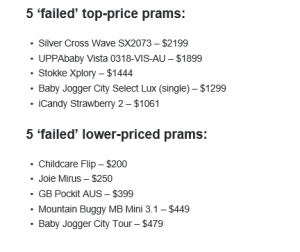 Choice is now calling for a compulsory safety standard that prams must comply with before they can be sold, and it also wants Australian laws to be changed so it’s illegal to sell unsafe products.

Did your pram pass the test?