Article 5 casualties of my toddler 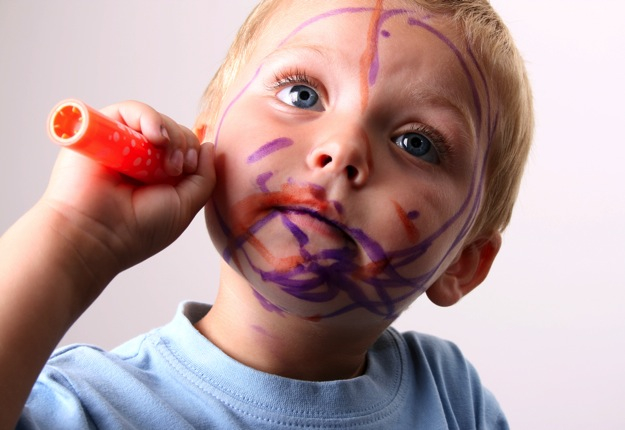 With my little boy growing up fast, there have been a number of household activities that have become casualties of my toddler.

One night, when he was precisely twelve months and two weeks old, completely out of the blue, my little boy Rafferty stood himself up and took twenty one wobbly steps across the room. It was his first real attempt at walking and he certainly looked very pleased with himself for making it that far on his little baby legs. I’ll never forget that moment, I was so elated but sad as well because it heralded the final days of my itty bitty baby and the dawning of a new era.

An era that means I cannot relax for one second.

A month later and we have a one hundred percent toddler on our hands. He walks rather than crawls, constantly falls flat on his face and has discovered the many, many exciting objects that are now within reach of his curious baby fingers. If he can grab it, he can destroy it, you can count on that.

Now that we have a toddler in the house, there are some things that my husband and I have abruptly had to kiss goodbye to for the foreseeable future.

Things we once so jovially took for granted are now lost to us as we adjust to living by Rafferty’s Rules:

Going barefoot in the house
What used to be floor is now a booby trapped obstacle course that must be negotiated with utmost care. Cookie cutters, Lego, plastic figurines and forks are just some of the things that really really hurt to stand on. I finally understand how my mother developed an obsessive habit of tidying, but it took a flesh wound involving the potato masher to get me there.

Using the oven
I can’t cook a roast or bake a cake unless Rafferty is asleep, because his endlessly inquisitive nature means he’s more than likely to yank open the oven door and attempt to cook his own head before I can stop him. Once that oven light goes on he is drawn to it like a moth to a bug zapper. Separating him from the kitchen with the help of a baby gate just results in climbing injuries so it’s frying pan (handle turned out of reach) and counter top slow cooker all the way.

Whole sentences
“So you’re not going to believe this, the other day – DON’T TOUCH THAT!!” Have you ever noticed parents of cartoon faced tots under the age of two can’t actually hold a conversation? It’s impossible to sit and have a chat because the second you look away the crafty rugrats are scaling the stair rail with a pair of scissors in their mouth. My poor friends don’t get to say much either – it’s not that I’m not interested, it’s just that I have to put the convo on hold so I can stop Raff from shoving my lipstick up the dog’s bum.

Hot drinks
I pour it. I sit down. I spend ten minutes trying to keep it out of the grasp of my toddler. I give up, tip it down the sink and have a swig from his milk bottle instead.

Any sense of household order
Generally before visitors come we all do that trick where you rush around with a vacuum cleaner then shove things into cupboards and make your house look like you don’t actually live in it – to at least present the illusion that you’re in control of your home and possessions.
When you have a toddler you can try to do this but before you can say “Bibbidi-Bobbidi-Boo” there is an upturned box of cereal on the kitchen floor, an unravelled roll of toilet paper in the bathroom and a puddle of milk because ‘yay’ – the baby has learned how to unscrew a lid.
Chaos reigns for the time being at my place – but so long as you don’t get the rats moving in it can actually be a little liberating to just go with a bit of untidiness. Life has changed and our house is a bombsite but at least it’s filled with love.

What has changed in your house now that you have a toddler?