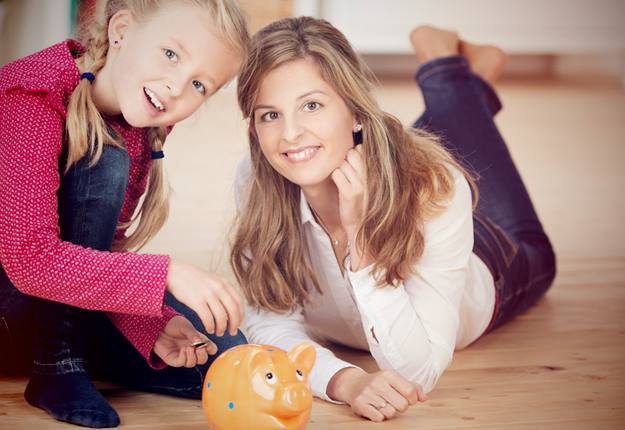 You lie awake at night and wonder how you’re ever going to be able to change your life so you can live it on YOUR terms.

That’s not a complaint.  Life’s pretty good.  You’re settled, your partner has a great job, the kids are happy and healthy and you enjoy both your job and your role as Mum and all the different hats you wear to go along with that!

But you have this deep down desire to do something more. Something you and your whole family can be really proud of and you know you’re capable or greatness.  You’re just not even sure what that is yet!

In my capacity as Property Lifestyle Coach, I speak with people every day, who feel just like you.  Mostly they’ve decided that investment property is the answer to overcoming their issues, so they come to me to help them sort that out and learn how to invest with success in a way that suits their own goals, their lifestyle and their budget.

They want to feel like they’re playing a bigger role in the family’s financial future without having to give up precious time with the kids and all their activities.  They know they have energy, they just don’t know where to start.

Here are the 5 things the financially secure never do:

People who know what they want and are happy to go out and get it.  They don’t put it off and put it off and ask the same question in a million different ways.  They just get on with it.

If they’re interested in a property, they make an offer.  If they want to arrange an inspection, they just ask for one.  Today, not tomorrow or in three weeks time.

2.  They don’t DOUBT THEMSELVES.

Those who really truly know what they want, have a plan for achieving that and if they don’t have the knowledge to do it they’ll either take the time to learn, or they’ll pay someone who knows, to do it for them.

Just say they’re not sure about a property that they’ve looked at.  They think it will make a good investment, but there’s something not quite right about it.  They’ll either a: forget about it and find a new one or b: pay for some independent advice.  They’ll then make a decision and move on.  They won’t spend countless hours wondering if they’ve done the right thing, or thinking what if this, or what if that… they’ll make a decision that feels right for them and they’ll stick with it.

3. They don’t GUESS or LEAP without a safety net.

Anyone who has created their own financial stability didn’t just happen to wake up one morning, take a massive risk and voila, they’re rich!  (OK, a tiny few might have been that lucky, but you know what I mean).

What they do is, they get an idea, work on it, learn what they need to know or outsource what they don’t have time to do themselves and then make a calculated decision.

The new landlord who goes to a dinner party and meets some wealthy people who explain their love of property and how well it’s served them over the years, wakes up the next morning, goes out and buys an investment property – that’s the first one – who might just get lucky.  The one who takes a bit of time (not too long though), sets out their goals, learns the best investment option to deliver those goals and then researches the area and the property before they buy – they are sooo much closer to success.

4. They don’t believe they KNOW MORE than the experts.

The most successful and most financially secure people in the world surround themselves with experts and then they put their faith in those experts.

They know that there’s no point in seeking advice from someone’s whose really good at whatever it is that they’re trying to do now, and then not listening to that advice.  It would be pointless.  We have advisors for a reason.

Same goes for property.  If you don’t know what you’re doing, don’t ask the milkman about his opinion on property (unless he’s making money from property).  Ask an expert.  Someone who works in the industry or someone who has made good money from property themselves.  Actually listen to what they say and as long as their strategy is aligned with your goals, take their advice.  Roll it around and blend it to suit your own situation, but don’t ignore it.

The easiest way to insult someone is to ask them for advice and then not take it because you think you know best. Chances are you don’t!

Really, they don’t.  Do you think Richard Branson was scared to lose money when he set up his very first record shop?  Probably, but he did it anyway.

Same goes for a famous actress.  Let’s take Nicole Kidman.  Do you think when she first decided to be an actress that she was cool as a cucumber or do you think she was shaking like a leaf at her first audition?  I’d reckon she knew it would be scary.  She knew it would be full on and there was a big chance she might be rejected, but she did it anyway.  She had to.  She was prepared, she’d done her homework, she knew what to expect and she was giving it her best shot.

So many people I work with (especially women) are so scared of making big decisions that they just don’t make them.  You might think there’s a certain stereotypical type of woman I’m referring to, but no.  I’ve worked with high flying executive women who earn massive money and I’ve worked with Mums who might not work at all outside the home, and they both have the same fears.  What if I get it wrong?  What if I lose money?  What if I buy the wrong house?  What if the market slumps?

We can’t live our lives in fear of what if.  What if you got in your car and crashed it and you were hurt?  That’s a really big possibility but you still get in your car every day.  Because the need to get where you want to go, quickly,  is bigger than your perceived potential for risk.  You make a calculated decision.  You buy a safe car, you wear your seatbelt and you obey the road rules (most of the time, anyway!)

If you’ve done your research, you’ve got a plan, you take advice from people you can trust to steer you in the right direction, then you have no reason to fear failure, for you’ve done everything you can, to make sure you make the best decision possible, at the time.  If the worst case happens and it doesn’t work out as planned, then you find another way around the problem.

Fear only holds us back.  If you want financial security or stability or freedom or whatever that sense of being in control means to you, then you have to put fear aside.  Be scared, but do it anyway!