Article A Midwife Shamed This Mum Over Her Birth Choice “Don’t Be A Quitter!” 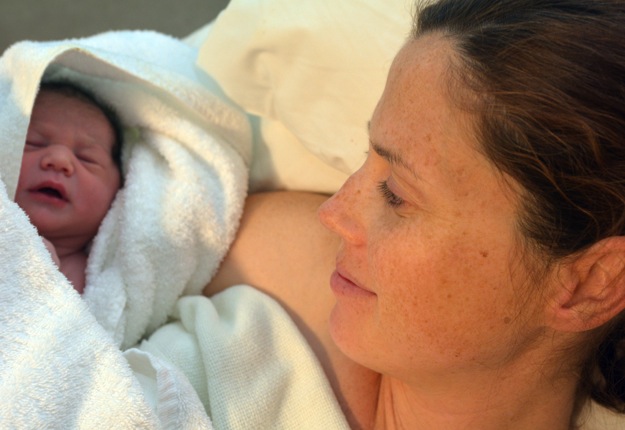 Mum of one, Laurel Elis Niedospial, recalls the time a midwife called her a “quitter” because of her choice to have a c-section.

Laurel shares, that she had discussed her options with her doctor and they agreed on performing a c-section.

She explains, “As soon as my doctor left my room, the nurses came over to check my stats and I don’t think the door had finished swinging before one of them started her plea.

She urged me to consider not having a C-section and she said I was quitting. Quitting. She kept repeating that word, over and over. “Don’t be a quitter,” she urged. “You don’t want to do that. That’s not a good way to deliver.” I can still feel her words ringing in my ear, even two years later.

She urged me to not consider having a C-section and she said I was quitting.

“It felt sharp and the tears began to pool in my eyes. It had been a difficult enough day without having to explain to two women who were supposed to help me why I didn’t want a vaginal delivery. The other nurse agreed with her colleague and despite my attempts to explain how large I thought my baby was, she began to tell me about how some relative had a natural birth. ”

“Nothing that they ever said was mean-spirited or with malice in their voice. On the contrary, they were trying to be kind and genuinely believed that they were doing what was best. For that, I don’t blame them. However, it didn’t make it any less uncomfortable to hear your nurse tell you she thought you were a quitter.”

Laurel added, “Had I been more on the fence, or had I been less confident, it could have been a very different outcome. I hope that she learned to not voice personal concerns about medical decisions unless asked for, because all it could take is one family to have to pay the price thanks to cruel and unsolicited opinions.” Read her full story here.

Have you ever had a similar experience?