Article A mother’s heartbreak “I gave my child HIV” 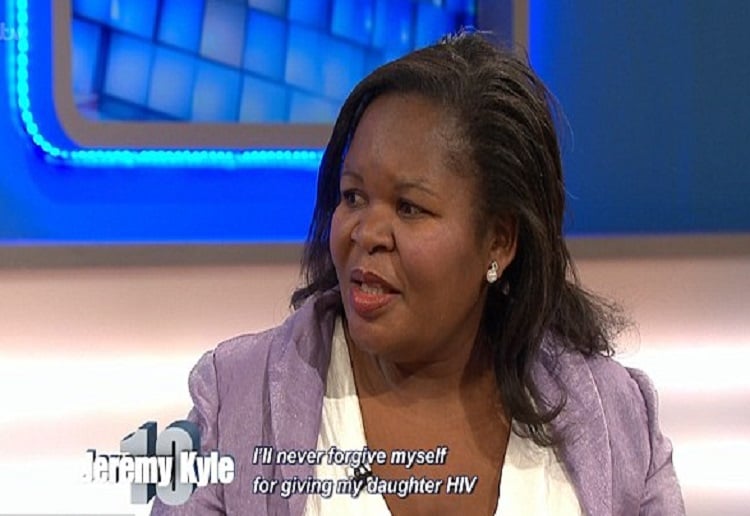 A mother unknowingly passed on the HIV virus to her daughter during childbirth shares her desperate guilt.

Zimbabwe-born Mavis, who now lives in the UK, said she was unaware she was HIV positive until her daughter Paeda, was diagnosed with the virus aged nine, reports The Daily  Mail.

But despite her mother’s guilt, Paeda, now 18, has a normal life expectancy – and says she feels no negativity about her HIV status.

Describing the moment Paeda was first diagnosed, Mavis, who appeared on ITV’s The Jeremy Kyle Show, said: ‘When she was nine years old she started not being well.

‘She went into hospital because of a rash. She was coughing and they tested her for TB but she didn’t have. I thought it was best to have Paeda tested for HIV and she was positive.’

‘I was devastated. I couldn’t take it.’

Mervis admitted she knew little about the virus and assumed it was terminal.

‘When the doctors told me she was HIV positive, the first thing I thought was: “Let me take my daughter and myself and drive off a cliff”.

‘I was so scared because the way I knew about HIV, I thought that was the end of my daughter.’

After Paeda tested positive, Mavis tested herself. ‘The news came back that I was positive and I had passed it on to Paeda when I gave birth.’

Despite her initial misconceptions about the virus, Mavis learnt she could live a normal life with HIV.I know there’s a future now because there is medication out there,’ she said.

‘But the guilty conscience that I infected my daughter is difficult to live with.’

Paeda, however, who also appeared on the show, said she feels no resentment towards her mother.

‘There’s no need to be feeling guilty because I’ve accepted who I am,’ the 18-year-old told her mother.

‘I don’t know what sort of a girl I would be right now if I didn’t have HIV. It’s made me grow-up in a good way.’

In a poignant moment she then said: ‘I’m happy having it because it’s helped me be who I am – and it’s helped other people understand it.’

The teenager, who has in the past been bullied due to her HIV status, described her shock after the diagnosis.

‘When I found out, all I knew the negative stuff,’ she said, explaining how HIV had been used at her school as a playground taunt.

‘That’s the first thing that came to my mind – that I was going to die,’ she added.

But Paeda said she is no longer resentful or embarrassed of her status. Describing her feelings towards bullies she said: ‘If people are meant to be in your life they are in your life. If they are not, don’t chase them.’

She then told her mother: ‘You shouldn’t be feeling guilty. Don’t ever feel guilty about it. It’s no longer a death sentence.

‘When I go to my check-ups the doctors say that as long as I am taking my tablets everyday I should have normal life expectancy.”

Jeremy Kyle said: ‘You should be mightily proud of her,’ he said to Mervis.

Choking back tears Mervis said: ‘Paeda is stronger than me about HIV.

‘She has started fighting the stigma. I’m so proud of that. Now she is helping other children from all over the world.’

Jeremy concluded: ‘Your daughter is a shining light.’