There is a little pig that is very close to my son’s heart. Her name is Peppa.

She is slightly on the precocious end and her oh-so-cute snort laugh can be a bit grating after about half an hour. But Peppa Pig is the current love of my son.

When I look around our house, this porcine marketing machine is staring back at me from all corners. We have Peppa books, Peppa DVDs, a Peppa doll, a Peppa toy phone, a Peppa jacket, Peppa…oh, you get the point. And we thought we were being quite conservative in what merchandise toys we let through the front door!

I could say here that we’ve found a perfect balance with our son’s viewing habits but, really, that’s crap.

We’re still finding our way and struggling to encourage a love of non-screen pursuits against the tide of constant pestering for TV time. Yet we persist as much as he does because, well, we think childhood should be more about doing fun stuff than watching other people do fun stuff.

Like everything else in parenting, the introduction of the idiot box has been a journey of sorts. To those who are just starting out on this journey or are battle-scarred veterans, here are a few of my observations so far that I’d like to share:

There will be a hate/love relationship – Television is a blessing and a curse.

No parent can tell me when they are getting ready in the mornings that they don’t send a little prayer up to the heavens for whoever invented television.

Without ABC4Kids, I firmly believe society, as we know it would grind to a halt. Children would not make it to childcare till midday. Parents would arrive at work in a state of near nervous breakdown. And my life would be very, very disorganised without Peppa Pig in the morning.

I love her for the space she gives me to get stuff done yet; at the same time she drives me crazy.

It’s like Groundhog Day, just with a pink hog.

You will go through mourning at some stage – As you oscillate between love and hate for your child’s favourite show, a strange thing will happen: they will dump it from one day to the next.

Then they will scream in protest as you turn on their previous can’t-possibly-live-another-second-without-it show and you will stand there, confused and slightly lost. But don’t worry, they will soon find another show to get obsessed over.

The problem is though, you may find yourself missing the old show and trying to encourage your child to embrace again the characters you once despised on sight.

And, if you’re truly tragic, you may secretly watch a couple of episodes after bedtime because you miss them in some sad, pathetic Stockholm syndrome kind of way (yes, I did this with In the Night Garden and I’m not proud but I reaaally needed to find out if Iggle Piggle eventually falls asleep).

You will find within you a secret superpower to time tasks according to the episode length of your child’s favourite show.

I don’t have to look at the clock to know when the end of a Peppa Pig episode is coming up. I know. I can feel it intuitively and rush to finish those last couple of chores before reappearing to turn the television off and cue a tantrum. Somehow, I mostly manage to get this done almost to the second.

You will mentally nit-pick even though you know it’s a show for children – How do the characters of In the Night Garden fit on the Ninky Nonk when it is clearly far too small for them? What happens to Iggle Piggle when he falls asleep, does he leave the Night Garden or stay in some suspended state of confused analogy?

Why does Henry the Octopus have eight legs yet they refer to his ‘arms’? How exactly does Miss Rabbit hold down all the jobs she does? Who does Miss Hamster the vet treat as patients when anthropomorphised animals populate the whole town? And how can Captain Feathersword get on with the business of being a pirate when he’s so darn friendly?

You will gossip with other parents – When you find another parent whose child loves the same show, it will be like a dam wall breaking open.

You will both gush out all the plot discrepancies, compare notes to see who has watched the same episodes the most, and swap any behind-the-scenes gossip you’ve picked up (like, that apparently Red Wiggle Simon is going out with one of the dancers from the stage show and the guy who narrates In the Night Garden used to be a Shakespearian actor).

In an effort to stave off boredom, you may possibly make up imaginary drinking games based on television show – Ok, maybe I’m alone on this one but you’ve got to make these shows interesting somehow!

My favourite imaginary drinking game is spotting props that have been used in other episodes. The Wiggles and Playschool are both goldmines for this (just FYI in case anyone out there also plays similar games).

Oh and just to be clear, this mummy doesn’t actually drink at 6:30am! If I wanted to simulate the feeling though, I could simply switch on Yo Gabba Gabba.

In further efforts to avoid boredom, you will turn your phone to silent and sneakily try to use it behind their backs, literally – ah yes, it really is sweet when my son is sick and insists he sits on my lap to watch television but there’s a limit to how much Peppa I can handle in the name of encouraging toddler rest.

It is a fine art to send a text or update Facebook behind your child’s back without them twigging to the fact that you are playing with a screen far more interesting than the television.

You will get an attack of the guilts about screen time – As the old saying goes, television is the best babysitter.

But kids of today have also worked out that tablets, smartphones, computers, laptops etc. are of equal fascination.

So while you may be limiting television viewing to the accepted guidelines, they will be sneaking in extra screen time all over the place and you will invariably get an attack of the guilt’s when you add up the total time spent staring at screens.

Whenever this happens to me, I take my sense of guilt as a sign to act and cut back accordingly. I hide the electronic gear and the TV remote so temptation (and tantrum) isn’t in easy reach. I’ve also found buying books and music CDs based on favourite shows a sneaky way to encourage non-screen pursuits.

You will wake up during the night with your mind mid-chorus – The Wiggles are the worst offenders for this but Peppa Pig has its fair share of annoyingly memorable tunes too.

If you want to get an idea of how catchy music is in children’s television then watch one those Amazonian documentaries where adventurers traipse through the jungle and end up with bugs burrowed deep in their earholes.

If you don’t believe me or think you’re immune, watch The Wiggle’s ‘Hot Potato’. Go on, I dare you. 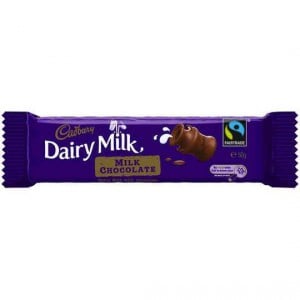 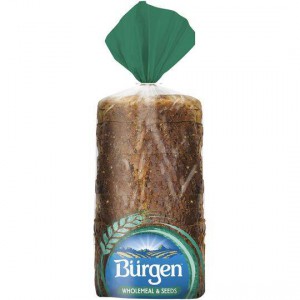