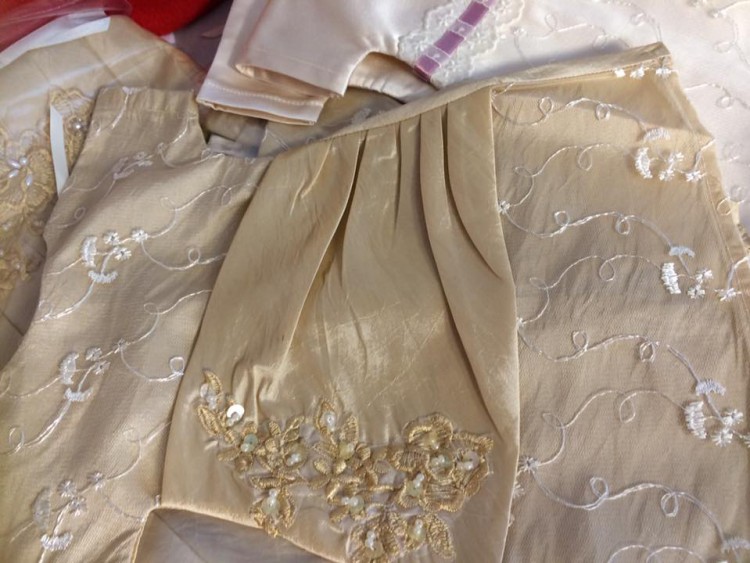 A not-for-profit group who sew beautiful, handmade gowns for stillborn babies has been banned from setting up their stall at a Baby Welcome and Family Expo.

Angel Babies Up North in FNQ founder, Jeananne Orf­anos, said she was told her stall would be ‘unfitting’ at the event by the Cairns Regional Council, reports Daily Mail.

She claimed she was told by someone from the council that: ‘The expo aims to celebrate live babies and you’re promoting dead babies – you might make people depressed’.

Ms Orfanos, who has run her Angel Babies Up North in FNQ group for the past four years, turns donated wedding dresses into tiny, hand-sewn gowns and outfits.

She then gives them away to mourning families free of charge.

“I tried about five times, and they kept saying no as it might make new mothers depressed”

‘I was stunned when they told me we couldn’t be there,’ Ms Orfanos told Daily Mail Australia.

‘I tried about five times, and they kept saying no as it might make new mothers depressed.

‘I even said I would modify the stall, and still the application was rejected.

‘In fact, our stall is really discreet – there are no horrible photos or anything, and nothing controversial.

‘All we wanted to do was take down a vinyl doll as a replica of a 20-month-old baby, put her in an angel gown, and display some of the other dresses.

‘But it’s still taboo. No one talks about stillborns.’

Ms Orfanos, she set up Angel Babies Up North in FNQ over three years ago, after her son and his wife lost their first-born child:

‘When they met her, she was just wrapped in gauze and a paper bag,’ she said.

‘When I discovered that there was such a thing that was beautiful and could celebrate the child still, I wanted to get involved.’

Hence, the establishment of Angel Babies Up North in FNQ, which has since been to three wedding expos in the past.

‘Why would a council deem it unfit to showcase an item that can change the course of a parent’s grief for the better? I just don’t understand it,’ mum, Nene Fulcher, from Adelaide, told Daily Mail Australia.

Ms Fulcher lost her own son, Jacob, and set up a Facebook page to help other parents and to remember him.

‘It is this sort of mindset that fuels the stigma surrounding our babies who grew their wings too soon,’ Ms Fulcher said.

‘I’m so sorry this lady’s good work has been put in a bad light.’

‘The ceremony will be supported by about 30 stalls with a range of products and services suitable for babies and young children, along with kids’ entertainment.

‘Stallholders were required to apply to be part of the ceremony and were selected based on how well they fit with the event objective.

‘After careful consideration, it was determined that this particular stall did not fit with the theme of what is a fun, light-hearted and celebratory civic event aimed at parents with babies and young children.

‘The group has been offered a stall at future, more suitable events.’

Do you think this was the wrong decision?