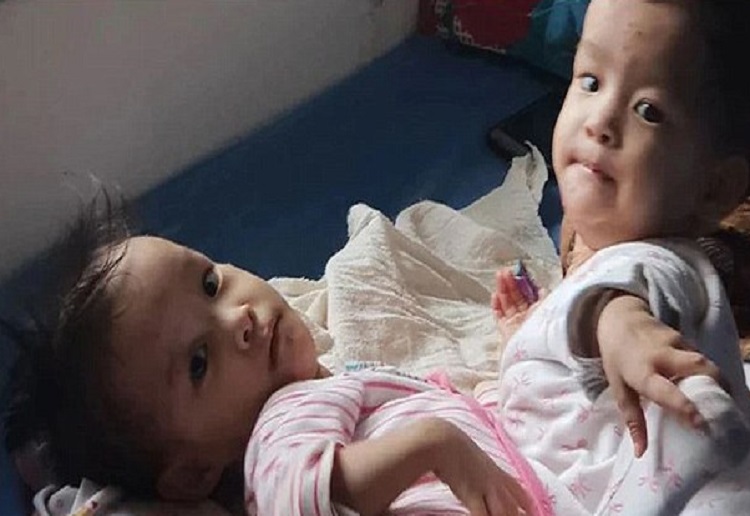 Surgeons at Melbourne’s Royal Children’s Hospital are confident the operation will go ahead today, with the 15-month-old girls thought to be strong enough for the six-hour procedure.

The operation will involve 18 medical staff, with each girl designated a separate team to care for her in theatre, plus nursing and anaesthetic support teams.

The girls are to undergo surgery at the Royal Children’s Hospital after a fundraising effort by the Children First foundation, the Herald Sun reported.

The surgery was previously postponed as the girls were given extra nutritional support before their life-changing separation, shares AAP.

The Royal Children’s Hospital medical team overseeing their care say the 14-month-old sisters have responded well to treatment, but an extra period of nutrition support placed them in optimal health before the planned surgery. 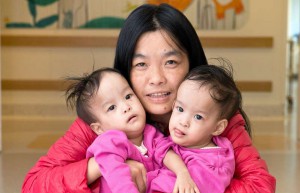 Their mother Bhumchu Zangmo, 38, said she has accepted that one of her daughters may die during the procedure.

‘I am very concerned for their future life, so I cannot think of not separating them.’ she said.

‘Even if surgery takes away one twin, I will be very happy for the other living twin. I am extremely happy that help has finally come. Not only happy, I am ecstatic now that surgery will be possible in Australia.’

Nima and Dawa are joined at the lower chest, and have been battling to survive.

Royal Children’s Hospital head of surgery Joe Cremaeri said he is confident both girls will survive the procedure.

Thinking of them all. We wish them both a successful operation x