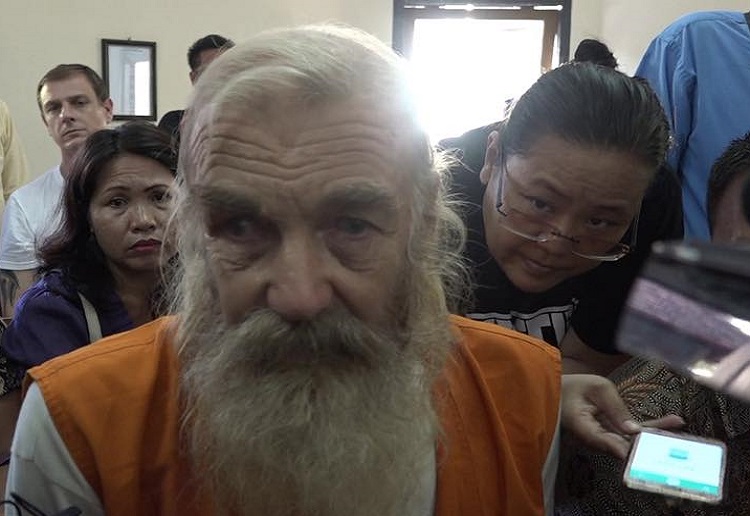 Australian paedophile Robert Andrew Fiddes Ellis has been sentenced to 15 years’ jail after being found guilty of persuading children to commit an indecent act.

Ellis said via his lawyer he objected to the sentence and would appeal. He had admitted his guilt, felt remorse and had never been convicted before.

He denied having “sexual relations” with any of the girls.

Asked if the parents had been aware of what was going on, Ellis said: “The parents know now but they didn’t know before.”

Referring to the girls he abused as his “friends”, Ellis said: “I haven’t murdered anybody and none of my friends want me in prison I am sure of that. None of them want me in here.”

The Australian, who appeared dazed by the sentence, said outside court: “I am 70 now, it will take me to 85. I don’t know if I will live for that long.”

He wrote on Project Karma’s Facebook page last week that Ellis had been grooming children in the streets of Tabanan for years, often buying toys or food for children as young as four.

“Robert Andrew Ellis, you are a child sexual predator who indulged your urges for many years undetected before we caught up with you,” Mr Hulley wrote.

“You are a vile, despicable human being who shows no sign of remorse for your actions. It’s offensive that you continue to portray to the court and the media that you are some caring old man who was just helping some poor children, whom you claim have been paid for their “inconvenience” and that they love you and miss you and that they don’t want to see you punished…. ”

However this did not apply to Ellis as the legislation is not retrospective and prosecutors had instead requested 16 years’ jail.

“It aroused the people to wonder, suspect what was really happening there, were they really there to play, or were there other unusual activities?”.

Meanwhile in Australia, last week Paedophile dance teacher Grant Davies was sentenced to a maximum of 24 years in jail over his abuse of students.