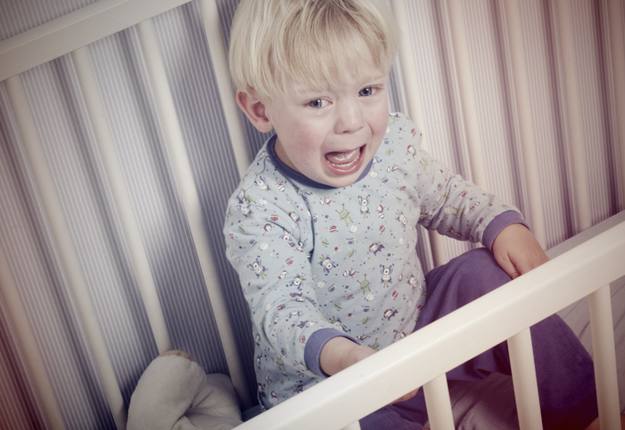 I have a love/hate relationship with indoor playgrounds.

Living in Canberra, they are necessary during the long winter hibernation where temperatures are often single digit and accompanied by wind chill factors that don’t bear mentioning.

Whenever we arrive at an indoor playground, my son can barely believe his luck in life. He excitedly climbs, jumps around the ball pit and explores the cavernous netted mazes until he reaches the desired aim of being tired enough to go home for a day nap.

When he starts yawning, I feel like I have put him through the child equivalent of a hamster wheel but hey – he’s happy and I’m happy so everyone’s a winner.

Once the tired little man is all tucked up in his cot, it is then – and only then – that I can even begin to think of having a coffee and a rest. For while those indoor playground have cafes, I have barely indulged my need for caffeine there.

As much as I would love to take a relaxed approach, I am forced into helicopter parenting mode the whole time we are there.  I hover while monitoring his behaviour towards other children, intervening when he gets a bit too grabby and reminding him to share and be gentle with other children.

Mostly though, I hover to watch the behaviour and erratic actions of other children towards him.

At 19 months old, my son doesn’t really stack up against the might of a four-year old running on a collision course with him while their attention is fixed somewhere else. Likewise, he can’t do much defending when pushed off a toy or told to go away. I let most things slide though, allowing him to learn about life in a controlled way.

If I intervene, it is to ensure basic safety for both my son and those children who somehow interact with him on the playground.

Don’t hit, don’t punch, don’t slap etc. and be careful to watch where you’re running when there are babies and toddlers about. Fair enough, I think.

In my experience, the most difficult part of negotiating a playground hasn’t been the children but their parents.

There seems to be two main types of parents; the first being those who sit completely removed from their child and enjoy that cup of coffee, the one I have abstained from (not jealous). My theory is that they figure their child is old enough to look after themselves but, in reality, it also means their child is free to run riot.

One time I saw a child crouch down and wee on a play mat then run off. I looked around for the responsible parent but saw nobody launch up to fix the situation so I put some wet wipes over the puddle and informed the staff.

The second main group of parents are the ones that do intervene and pay attention. These can prove trickier because clashes can quickly ensue.

Like the time I overheard a man say to a five year-old “hey, you touch my son again and you’ll cop it!”. Every parent within earshot collectively gasped and the father of the scolded boy, now upset, ran up to the man and had a rather animated argument.

But the biggest run-in I’ve seen involved a mother who let several of her older children play on a baby jumping castle in the baby area. The kids ranged in age from around 8-14 years old and they were soon climbing the walls and kamikaze jumping onto each other, screaming all the way.

After five minutes of this, another mum said to the group that they’d had their fun and could they now please leave the baby area because it is designed for 0-4 year olds. Out of nowhere, the mum of the older kids ran up yelling: “How dare you tell my kids what to do! Nobody tells my kids what to do except me!”.

When the mum calmly held her ground and said the playground is clearly marked for babies, aggro mum didn’t back down: “I told them they could play in there, they can break the rules if I tell them it’s ok”.

And she didn’t stop with her children’s morality lesson there: “I told my kids they could play in there until a baby wanted a turn so what’s your problem?”.

Every fibre in my body was telling me not to engage but I couldn’t help it – I wanted to stand by this mum who had pointed out what I considered a fair boundary.

I piped up: “Well, my son would have loved to have played in there but it was way too intimidating”.

Aggro mum turned her sights on me: “Oh you’re one of those mums? One that cotton balls their kids? Well I’m here to tell you that life isn’t like that and your kids are in for a rude shock!”.

Thankfully, at this point she seemed to have gotten whatever it was out of her system and huffed off with her kids in trail. The experience left a mark on me though.

It is difficult balancing your own parenting style and beliefs against those of someone else but places like playgrounds force you to. What you may think is a perfectly reasonable request might enrage another parent.

I still hesitate before intervening but only out of a sense of wanting to give my son the space to learn necessary life lessons rather than because I fear the reactions of other parents. The world is a jungle gym out there and not everyone is going to be nice or reasonable, even adults.

Have you had a similar experience at an indoor playground? Do tell!