Article The video every parent needs to see before trick or treating! 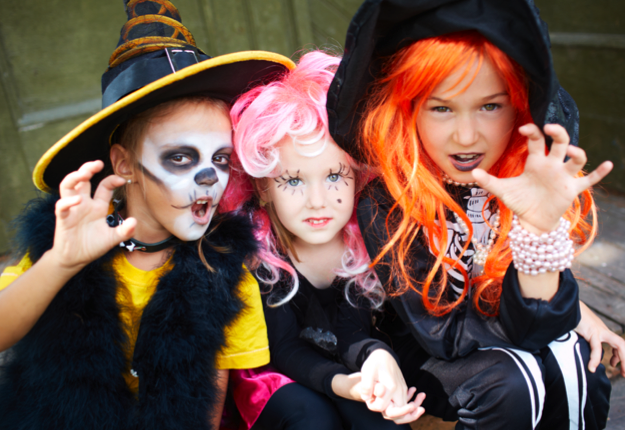 A terrifying video released by the Greater Manchester Fire and Rescue Service in the UK has warned parents of the risk of highly flammable Halloween costumes.

Earlier we shared the story of healthcare professionals are warning people of an unexpected problem when shopping for Halloween costumes this year.

Doctors have reported an increase in head lice at this time of year and surprisingly, it’s not just because it’s back to school season.

Instead, experts say that the biggest cause is in fact Halloween costume shopping, as all those masks and tangled wigs stand a pretty good chance of being infected with lice.

“We have a lot of people going into stores right now, trying on masks, trying on costumes, and trying on wigs,” said Paediatric Nurse Practitioner Cherie Sexton told.

“A lot of people don’t give much thought into the fact that several people could’ve tried it on before them.”

Easily transported from one person to another, Ms Sexton adds that the risk of infestation for people who are unlucky enough to come into contact with something carrying lice can last for up to seven days.

Last year an important warning was issued over the safety of costumes after a young girls zombie bride Halloween costume burst into flames while trick-or-treating.

The ACCC advised parents before you buy costumes this Halloween check that wigs, capes and loose fitting garments will not pose fire hazards.

A reminder has been issued by the Greater Manchester Fire and Rescue Service just how easily a costume can ignite.

Another very important reminder is to keep in mind that flameless candles might be a safer option to give your jack-o-lantern a wicked smile this Halloween but make sure little fingers can’t get hold of those nasty button batteries.

Also be aware of kids around naked flames if you have your pumpkin within reach of little people.

Last week a Queensland mother shared how a face paint kit she purchased at Woolworths has “severely burnt” her son’s skin.