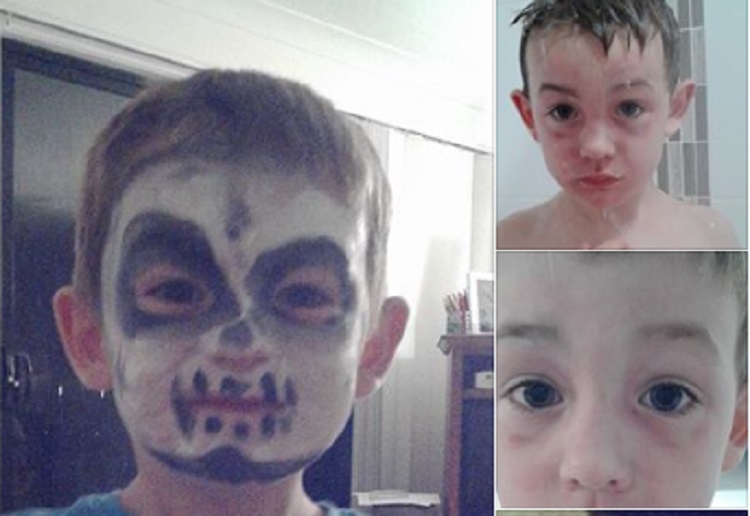 A Queensland mother claims a face paint kit she purchased at Woolworths has “severely burnt” her son’s skin.

Alexandra Leigh Carter said she painted her four-year-old son’s face with the product on Wednesday evening last week and said it was only on his skin for a couple of minutes before she “had to immediately take him for a shower.” 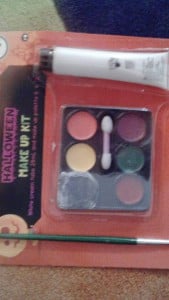 Ms Carter told 7News Online that Mckenzie had complained it was hurting as they were washing it off his face.

She said she had tested the product on the underside of his wrist and left it there for about 15 to 20 minutes, but there was no reaction.

“We did this as a trial run for Halloween and safe to say I’ll never be using face paint again.”

The mother-of-three said the initial reaction “looked like a chemical burn”, but the redness had subsided by the next morning.

“I’d like to see this product discontinued in case another child has to go through this or the parent that’s scared for her/his child,” Ms Carter said.

Woolworths said Ms Carter’s concern is being taken seriously and it has engaged with her to investigate her concern.

A Woolworths spokesperson told 7News Online: “We always work hard with our suppliers to ensure all products supplied meet the safety and quality standards our customers expect.

“This product has gone through thorough testing with our supplier, and customers should be assured that it meets our stringent quality standards.”

The ACCC issued a warning to be careful when purchasing cheap face paints due concerns over lead content. READ that here.

Check out our SAFETY WARNING issued ahead of Halloween celebrations.