Article Being the Default Parent is Relentless

By Claire from Life on Wallace 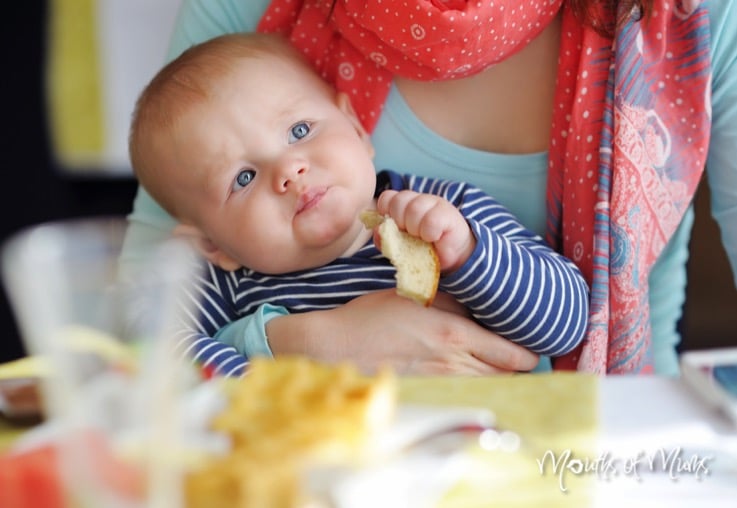 By Claire at Life on Wallace

Picture this, if you dare. It’s a Saturday morning and I am dashing about the house wearing only my knickers, still damp from the shower.

Why? One of my boys requested paper, pencils and sticky tape. The other parent in our house was going about his business unaware of the happenings around him.

You know what that makes me, and you, if almost every shower you take is interrupted? The default parent. This is the parent who the kids will automatically gravitate towards to have their demands met.

Being the default parent is relentless. Here’s why:

1) Every shower is interrupted

As a default parent your kids ask you to do anything and everything kids while you’re in the shower, wiping bottoms, taking jumpers off, dealing with sibling disputes, opening drink bottles, the list is endless.

One would think the other parent in the house could attend to these needs. Not so!

Sound familiar? Then you’ll be well aware that being the default parent is relentless.

Perhaps it’s because my boys were attached to my boob for so long, or maybe it’s because I am their short order chef. For whatever reason, the default parent bears the burden of feeding the children. The default parent can often be found in the kitchen making sandwiches according to the demands of the child (vegemite but no butter, no butter mummy, just vegemite), fetching drinks, peeling or cutting fruit.

If the other parent attempts food preparation there are inevitable questions about their ability to produce the food according to the whims of the child. The other parent is unlikely to understand instructions like ‘leave it big’ in relation to strawberries.

Every parent knows that leaving the house is a mission in itself. But the default parent is the one packing the countless snacks needed to sustain children on an outing (refer to Food above), jumpers, spare clothes, nappies and wipes, hats, sunscreen, this list goes on.

The default parent is often left flustered by the experience.

The other parent kinda wanders aimlessly about the house, all set to go but trying to work out why the default parent is so cross and why on earth they aren’t ready yet.

5) There’s no downtime at home

There is absolutely no way the default parent can have downtime at home.

The requests for food, to get play dough, to fetch paper for drawings, to stop a brother hitting the other, to make a lego aeroplane, to get a puzzle, you get the idea, simply never stop.

Meanwhile the other parent can read the newspaper, perhaps not front to back like the pre-kids days.

Somehow, without consciously noting where the shoes are, the default parent commits this information to memory for the moment when the information is needed.

Other parent – the kid is sad because he didn’t get an invitation to Frank’s party.

Default parent – Frank has already had his party. Remember, we went, it was at Luna Park.

Other parent – yeah, the whole class is invited and it’s a bit weird he missed out and the invites were in pink envelopes.

Default parent – Odd, but are you sure it’s Frank?

The next day, the kid advises he got an invitation to Frankie’s birthday party. Frankie is a girl, a different kid entirely.

Even the kid is frustrated that the other parent hadn’t worked out Frankie, rather than Frank, was having a party.

Being a default parent is relentless for many reasons, but keeping a mental note of everything relevant to each kid, every minor detail, is exhausting. The other parent on Wallace is a brilliant Dad and I certainly don’t begrudge him my ‘default parent’ status. I doubt I’d change it if I could, but every now and then it’d be nice to have a role change! If you are the default parent and fancy a brilliant read about life as a default parenting, you must read this post by M.Blazoned.

Are you the default parent? Do you find it relentless?