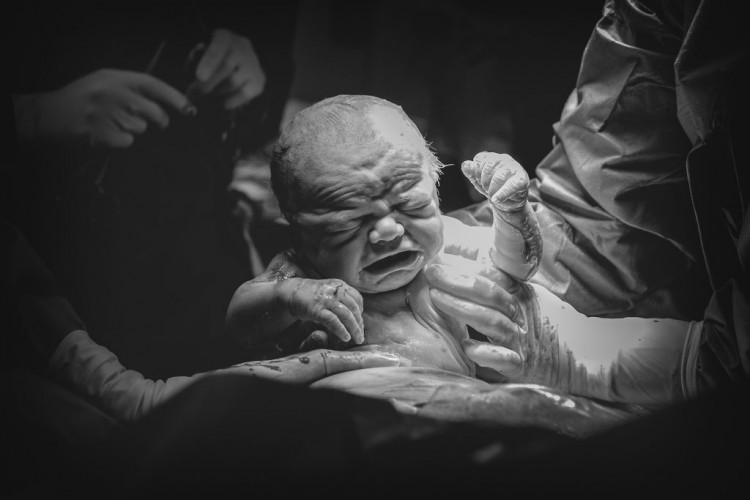 Jessica Jackson is a mother of three, self proclaimed birth nerd and professional portrait photographer living in Tasmania. She was recently shocked to be told she was not welcome in the operating room during a caesarean photo shoot.

Only days after the outrageous article about the Birth Photographer who refused to enter the OR went Viral, here I was at 6am begging doctors and nurses to allow me to go in, not only as a Birth Photographer but also as an extra support person, shares Jes.

Standing there being told that I was not going to be allowed to enter the OR to take photos of the birth of this baby, and support this mum to be, made my heart absolutely ache. I was gutted, to say the least. I stood in the room, in front of the parents trying so hard to fight the tears from rolling down my face,(I swear I was blinking like an indicator) biting my tongue so as not to make the situation worse. 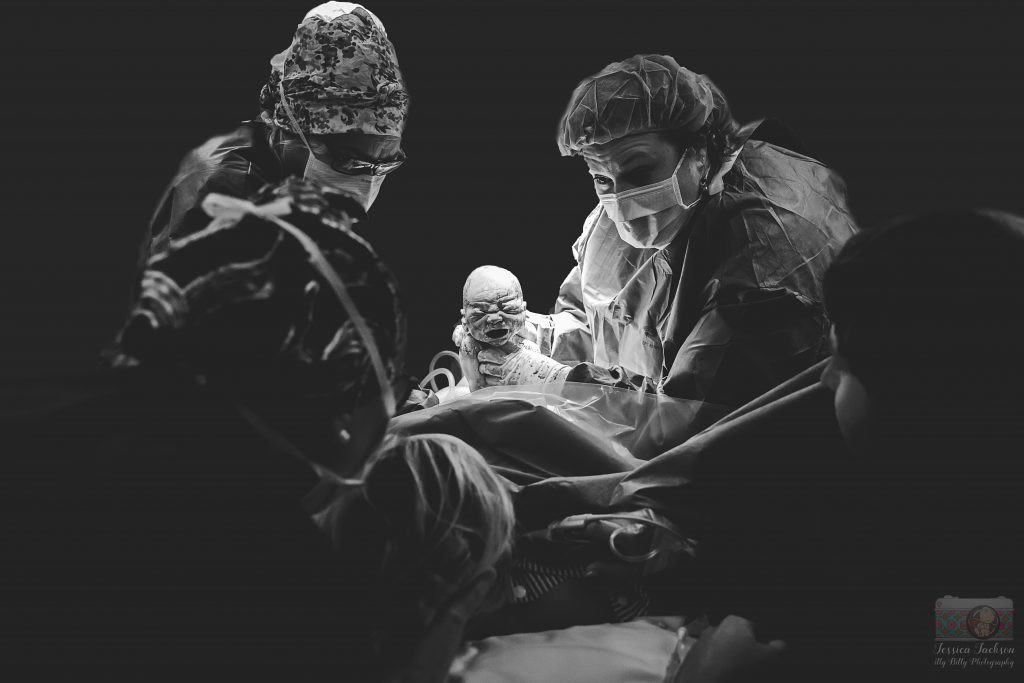 Who wrote this policy and what are they thinking to dictate a women’s right to professional photographs of the most important day of her life?

As a 3 x caesarean mother myself, I know first hand how important these images are and the immense healing power they serve in the postpartum period, Having had an emergency caesarean due to a life threatening condition at 32 weeks with my first pregnancy, I know all to well what it is like to have little to no recollection of the birth of your baby. I wish SO much almost everyday that we had just one image from her birth, just something to trigger a memory or anything that recorded that day.

During a natural vaginal delivery we know that the Neocortex part of the brain switches off, allowing the body to enter that primal state of purely focusing on bringing the baby down and out, Photographs serve as the perfect pieces to the overall story of a women’s birth experience, it allows her to process her entire birth, with out the gaps in her memory, it allows her to heal if there was birth trauma, it allows her to be empowered, inspired and gives her the opportunity to share her birth story to educate future generations.

It allows us to help normalize birth, all types of birth.

While there probably isn’t that significant brain change during a caesarean section, you are usually not an active participant in the birth process, You are most likely strapped to a bed, arms spread, numb from the boobs down, hooked up to a ton of machines. You’re most likely feeling queasy, highly anxious, and not to mention fully exposed in a room full of strangers it feels as if the whole world is watching.

If you feel comfortable enough and you have a good obstetrician (like those I have had the pleasure of working with) you may be able to have the curtain lowered to observe the birth of your baby. The baby is immediately whisked away to be checked over, while you lay there to be stitched back up, you miss the cutting of the cord, The first examinations, You miss seeing your baby covered in vernix and miss seeing your partners face while he looks and touches her for the first time… You lay there feeling alone and so overwhelmed, that it is near impossible to comprehend that you have even actually just given birth.

All of this NEEDS to be recorded, I don’t care if you birth at home, in a car, in a birth suite, in theatre or on the moon. To me having your birth story photographed is SUCH an important part of the post partum healing and recovery time and to me it seems absolutely ridiculous that hospital policies say there is to be no photographs taken during this most vulnerable time. 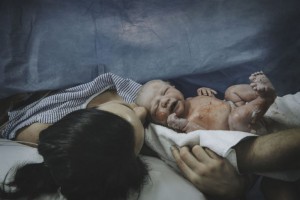 I can say that I suffered zero post natal depression after the birth of my third baby (having suffered severely after the birth of the first two) and while most might say “You’re just saying this” I truly believe that the images we have from his pregnancy and birth really allowed me to process all that I went through on that day, It allowed me to heal from my previous birth trauma because it gave me the answers to the things I missed.

Caesarean mothers already have so many of their rights and decisions taken away from them, this is just another one to add to that list and it has to stop now. We all threw our arms in the air and carried on because a photographer refused to photograph a Caesarean birth, because she didn’t believe it was birth, don’t you think we need to stop and think what we are doing wrong to make women think that way? Why are we as society treating Caesarean births so vastly different to vaginal births?

I am a professional; I have studied and worked extremely hard to perfect my craft, just like the doctors and nurses in the birth room or the OR. I have been hired by the parents to do my job in that birth space. I fully respect the role they play in the birth space and would absolutely love to have that reciprocated by those who write those stinking policies.

Its time for change, and I promise you now, I am going to work damn hard to make that happen.

This post and images have been shared with full permission. Read the original article here.

Do you support Jessica in her stance?