Article Brave story of battling an eating disorder during pregnancy 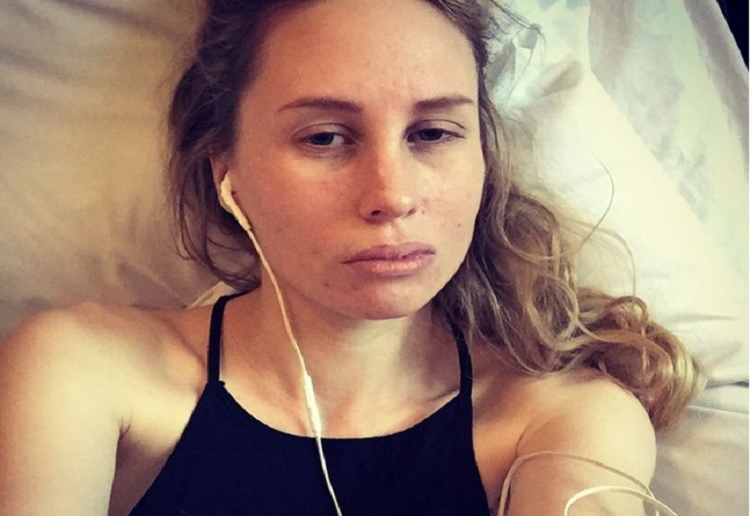 The touching story of a woman battling an eating disorder… while pregnant with her baby girl.

Penelope, 32 from Melbourne, shares “I recovered from an eating disorder (OSFED) 8 years ago which I had all but forgotten after silently suffering for over a decade and have since been openly creating awareness, support, love and healing in eating disorders.

“I fell pregnant this year and I was diagnosed with hyperemesis gravidarum. This pregnancy complication affected me not only physically but also emotionally and re-trigged my eating disorder during my second trimester of pregnancy..”

“I hope by sharing my story it raises the importance of not only eating disorders but the overall significance of mental health during pregnancy.
If you are worried you might be suffering the signs or symptoms of an eating disorder, you are NOT ALONE.

It is important you reach out and speak to someone that you trust, make an appointment with your healthcare provider or The Butterfly Foundation is an excellent resource. It is nothing to be ashamed of and if I didn’t admit to my family or obstetrician that I was starting to experience an ED relapse, I don’t know where I would be right now.

Accepting a path of recovery will be a bumpy road as even being there myself before, with a baby on the way, I am terrified! Every day is filled with battling physical and emotional health, food fears and uncertainty but if you have the right support and those rallying around you, you can make it through.”

When she and her partner fell pregnant in March unexpectedly after having resigned themselves to starting IVF this July, she felt the creeping feelings synonymous with her eating disorder past:

‘The eating disorder voice inside my head would come back at dinner when my partner served food that I couldn’t eat in case I vomited,’ she said.

‘As well as vomiting between 10 and 15 times a day, I lost a lot of my independence. I couldn’t work, I couldn’t even shower myself. It was totally emotionally draining.’
Penelope started to experience ‘funny feelings’ – which she explained were like ‘post traumatic eating disorder flashbacks':

She began to severely restrict her eating again, arguing that if she didn’t eat, she wouldn’t be sick.

This led to the 32-year-old to be hospitalised, where she had several serious thoughts of terminating her baby reports Daily Mail.

‘That was the beginning of the low point,’ she said.

‘I discussed it with my obstetrician and explained that I thought I had an eating disorder – I had hidden it from him before as I thought it would never come back. I had some termination counselling, but it didn’t help. I was a total mess.

When she returned home from hospital, Penelope had even worse ‘severe thoughts’ about committing suicide:

‘That was the main turning point. I knew I needed help,’ she said.

Penelope is seeing a nutritionist and therapist to help her to get better, but she explained that for now it’s hard to focus on the future:

‘I can’t even fathom the idea that there will be a baby come Christmas,’ she said.

‘All I can do is mentally prepare for the day ahead, and focus on myself. There are some mornings when I’m too scared even to eat breakfast.

‘Right now, I’m number one. I have disconnected from my pregnancy, which I know may sound insensitive to some mothers, but it’s necessary for me to try to recover.

‘If there is no mother, there’s no baby.’

20 weeks. Finally made it halfway. Can’t believe I made it.

Penelope is sharing her story on her Facebook page, where she hopes to raise awareness of such an experience.

For support with eating disorders, visit the Butterfly Foundation.

We wish Penelope all the best for the remainder of her pregnancy and beyond.