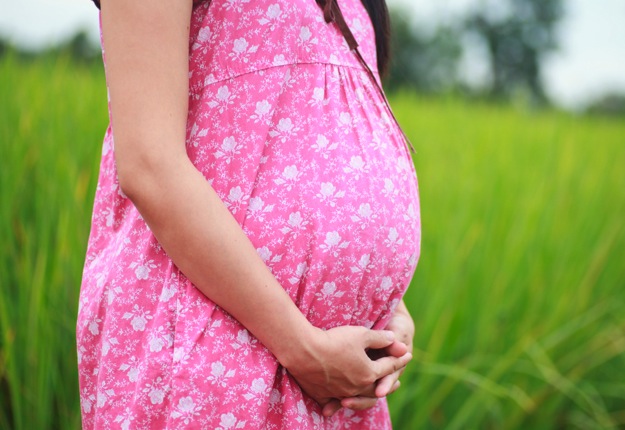 New research has revealed that one in 10 younger women who develop breast cancer, first spot signs when they are pregnant or breastfeeding.

There is an estimated 5600 new cases of breast cancer within the 45 years and under age group and that number appears to be rising.  Recent studies have suggested that the longer women delay motherhood, the higher the chance they will develop breast cancer over their lifetime.  The average age of mothers in 2014 increased to 30 years of age – around four years higher than in the 1970s.

New research from Breast Cancer Care has found that among 496 women aged 45 and under who developed breast cancer, one in 10 spotted signs while pregnant or breastfeeding.

“A breast cancer diagnosis during pregnancy or soon after giving birth can mean some women find it difficult to bond with their baby.  The feelings of guilt can be huge and they may feel they have nowhere to turn. So access to support is vital. We urge breast cancer units to adopt our recommendations for supporting younger women with breast cancer, which include a referral to a specialist if diagnosed during pregnancy.”

The study also showed that more than a third (39 per cent) went through treatment when their youngest child was five or under – with half (53 per cent) of 196 women who had young children felt the biggest impact of treatment was being too ill to care for them.

The biggest fear for 66 per cent of mothers was not seeing their children grow up.

Amanda Mealing, Breast Cancer Care ambassador, actress and mother-of-two, was diagnosed with breast cancer aged 34, the day after her second son was born.

Speaking with Australian Associated Press she described her experience:

“Breastfeeding my day-old son Otis for the first time should have been special, but instead as I felt a lump in my breast I realised something was very wrong.  When he was only days old I was told I had breast cancer. Throughout treatment I faced sickness and extreme fatigue all while trying to be there for my kids – it was totally overwhelming.”

Female breast cancer is strongly related to age, with almost half of all cases among those 65 and over. Rates rise steeply from around 30 to 34, level off for women in their 50s, then rise further at 65 to 69.

Rates drop slightly for women aged 70 to 74 and then increase steadily to plateau in those 85 and over.