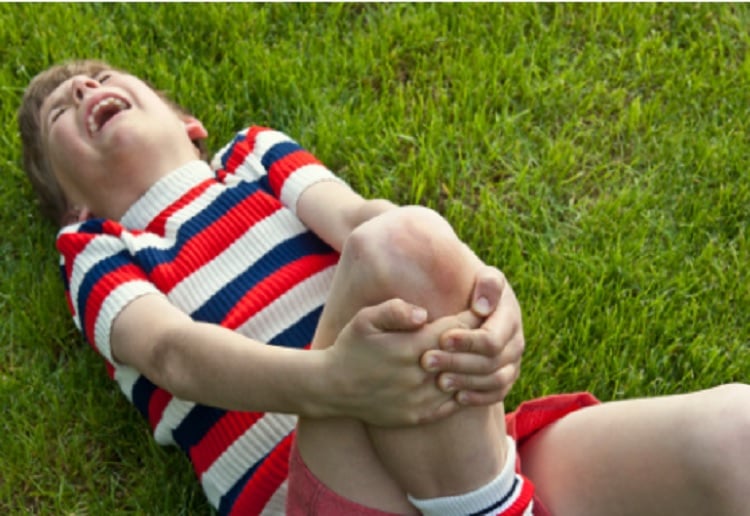 ABC investigated , speaking to research physiotherapist, Lucy Salmon, who said Medicare data showed the number of children undergoing ACL reconstructions had more than tripled in the past 15 years.

She said those figures did not take into account children who injured their ACLs but did not undergo surgery, children who were not correctly diagnosed, or that were treated in the public system.

The ACL ligament helps hold the knee together. It can be injured when a person pivots, changes direction quickly or lands awkwardly from a jump.

ACL injuries are commonly associated with elite athletes in sports such as netball, AFL and rugby.

Lucy Salmon is a physiotherapist at a private clinic in Sydney that is seeing many more children with ACL injuries than it was 10 years ago.

“I’m worried about the number of children we’re seeing,” she said.

“Historically the average age for this injury in 27 and all of a sudden it seems that we’re seeing an awful lot of very, very young children, as young as six sustaining this injury which was nearly unheard of historically.”

There is a consensus that the rise maybe because more children are playing more organised sport.

“Certainly the rates of participation in sport at a very young age are increasing, we also know that the amount of time children are spending playing those sports is greater than it has been previously, children are specialising in one particular sport from a much earlier age than they would have done previously,” said Dr Salmon.

Experts said junior sport was becoming more “professional” and not played in an ad hoc environment any more.

“I think the games we’re playing now are a lot faster, our information about how to play the games is a lot better,” leading knee surgeon Justin Roe said.

New types of shoes may play a role as well.

“Twenty years ago you didn’t have a pair of netball shoes, you had one pair of runners that you might have used across a number of sports and now you’re getting specialist equipment and specialist surfaces that are not necessarily conducive to reducing the rates of injury,” said Dr Salmon.

“I really think that just like we all know about slip, slop, slap, putting on sunscreen, preventing skin cancer, we should know about how to keep the knee fit to prevent sporting injuries,” said Dr Roe.

Dr Salmon agreed and said some good prevention programs had been devised.

“Things like a good warm up — not just jumping out of a car and running onto the field, but having a good warm up that involves a lot of change of direction, jumping and agility activities,” she said.

Rise of the parent coach

The rise of parents coaching their children’s team may also be a factor.  Now don’t get me wrong I am not dissing this at all, I think it is fantastic. Research has shown that parental involvement and support is a necessary and important part of a child’s participation in sports.

My point is, that not all parents are well versed on warm ups and preventing injuries. We just put our hand up to help out (as always) and often forget that we are pretty clueless when it comes to the finer details and really should research a bit more before taking the team into finals.

I have noticed over the years at my own children’s weekend sports that warming up their limbs is not often something they spend a lot of time doing. My boys say they aren’t taught that at school – sheesh it was drummed into us all the time.

Do you think the key is to get back to the good old warm up exercises?