Article Confusion over mum charged with stealing her own baby

A teenage mother has been charged with stealing her own child.

The 19-year-old is facing one count of child stealing after she allegedly took the eight-month-old boy from a medical appointment at Holland Park in Brisbane’s south last Thursday morning, 9 news reports.

Police issued a child abduction amber alert for the baby on Friday amid concerns he may be at risk, however the pair were found safe and well that evening. 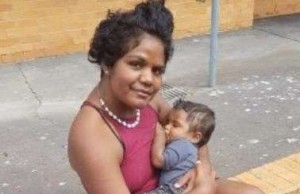 The woman was charged on Saturday afternoon.

No details of the allegations were read out in court, where the matter was adjourned for mention on June 5.

People are questioning the need for an amber alert over something so trivial?

“What a waste of funds. She is his mother and has custody, how is that stealing.”

“Its her own child!! How is it stealing. For her to do this shows me how much she loves and wants to be in baby’s life..”

“How dare she take her own baby and take good care of it.”

“If it’s your own child don’t think it’s stealing lol.”

While other comments point out that the mother obviously did NOT have custody.

” Obviously this women didn’t have custody of the child and took him without permission there forth she stole the child.”

“Its stealing if she does not have custody doesn’t matter if she is the biological parent same as when a parent takes their kid to another country if they don’t have permission or court orders you can be in serious trouble.”

“Not stealing unless she didn’t have visitation either however she had him at appointment so could of been access visit poor lady feel sorry for her.”

“The father must have had papers lodged with the court.”

People are disgusted considering the recent news that a Cairns mother who killed her seven children and a niece has been deemed “Unfit” and will not face trial for the murders.  Read more on that here.

While we obviously do not have the full story nor understand the full situation – Do you think the family law in Australia needs some serious changes? Surely the major key for all parents is SUPPORT!