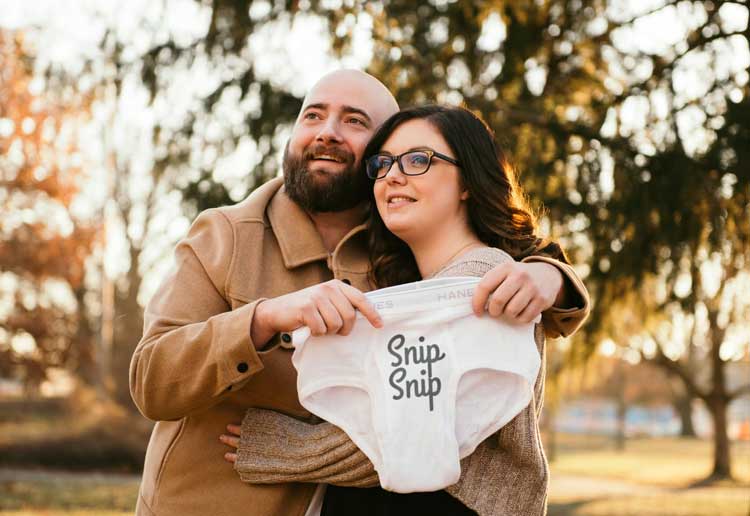 A couple has hilariously announced their decision to have a child-free life, by staging a vasectomy photo shoot.

Tyler Frederick, 29, and Chelsea Roy, 23, posted the series of tongue-in-cheek images on Facebook, to let their family and friends know they’d made the decision to never have children. “We have a very exciting announcement to make! We are expecting… NEVER! Got snipped mid December and looking forward to the child free life.” 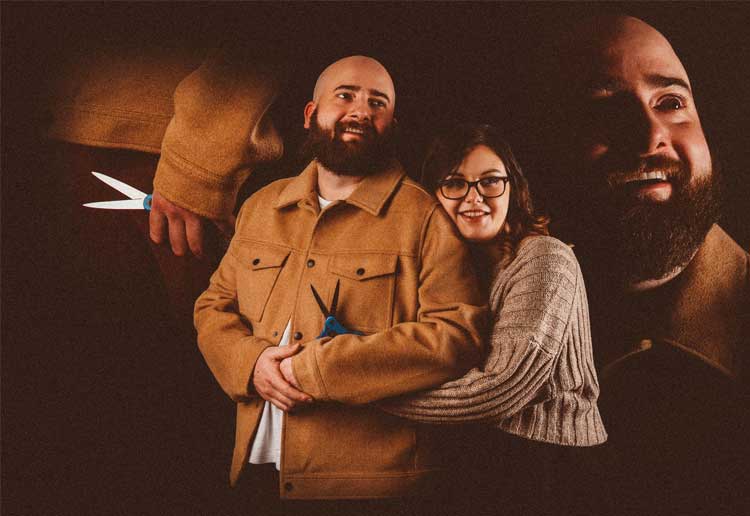 Understandably, the photos have since gone viral, with more than 10,000 comments on the Facebook post – and not all of them supportive. While the pair has been together for four years, they had both made the decision not to have kids before they even met.

“For as long as I can remember, I have not wanted to have kids,” Chelsea told TODAY Parents. “And everyone who knew me knew that, so I wasn’t pressured much since my answer never changed.” 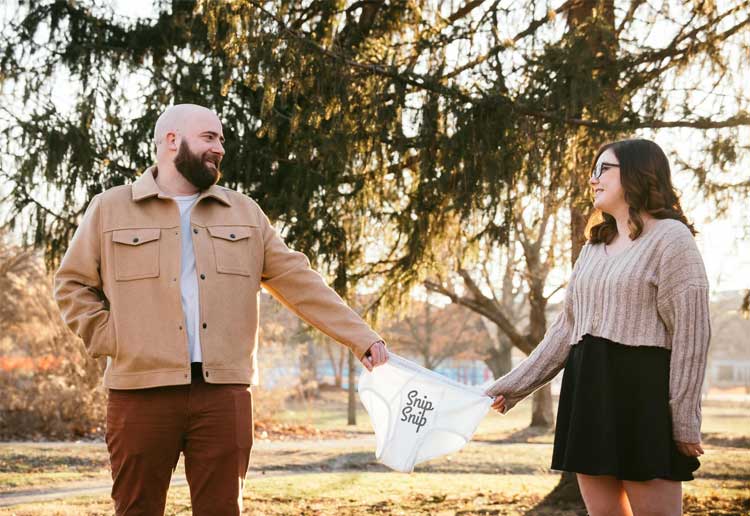 The situation is much the same for Tyler, who says those closest to him have always understood his decision. “I have a lot of older cousins that don’t have kids, so I think they have taken the attention off of me a bit,” he said. “I have not been too fond of children for a while, and my close friends and family have known that.”

After Tyler underwent a vasectomy in December last year, the couple decided to celebrate with a fun photoshoot, in a similar vein to a pregnancy shoot. Except their images would swap out props like teeny shoes for a pair of men’s undies, scissors and a onesie emblazoned with the words: “Coming NEVER”. 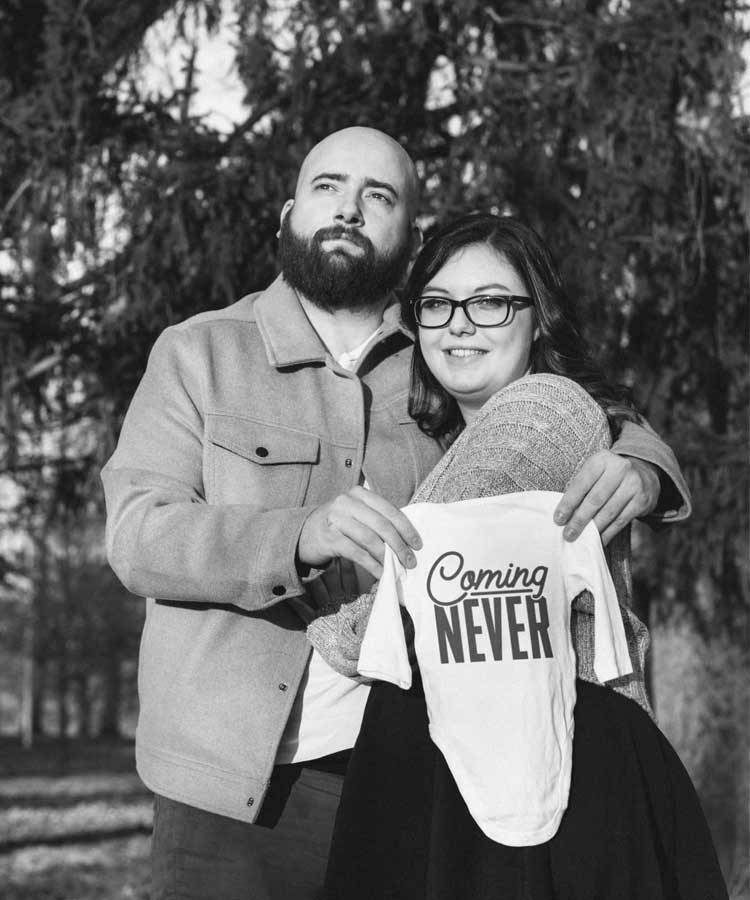 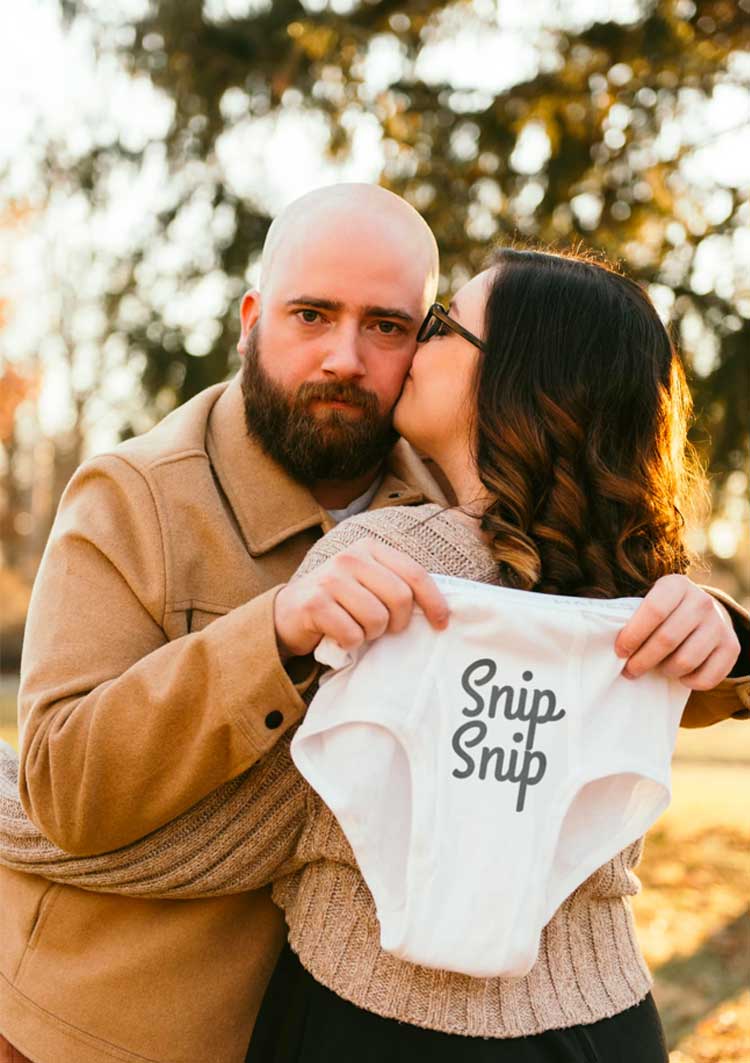 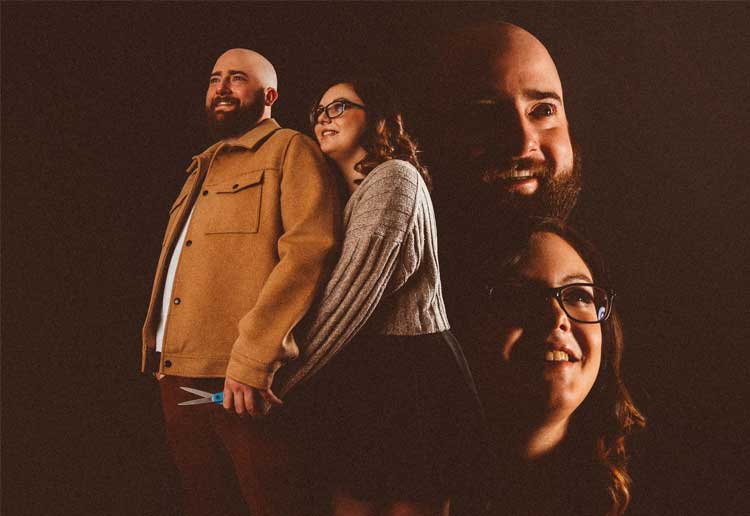 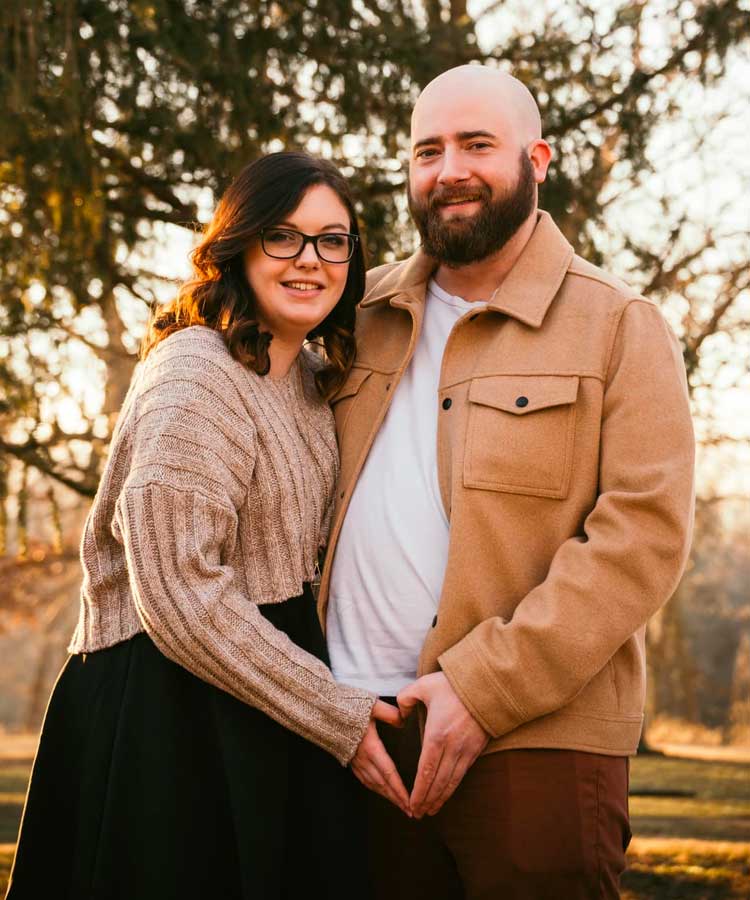 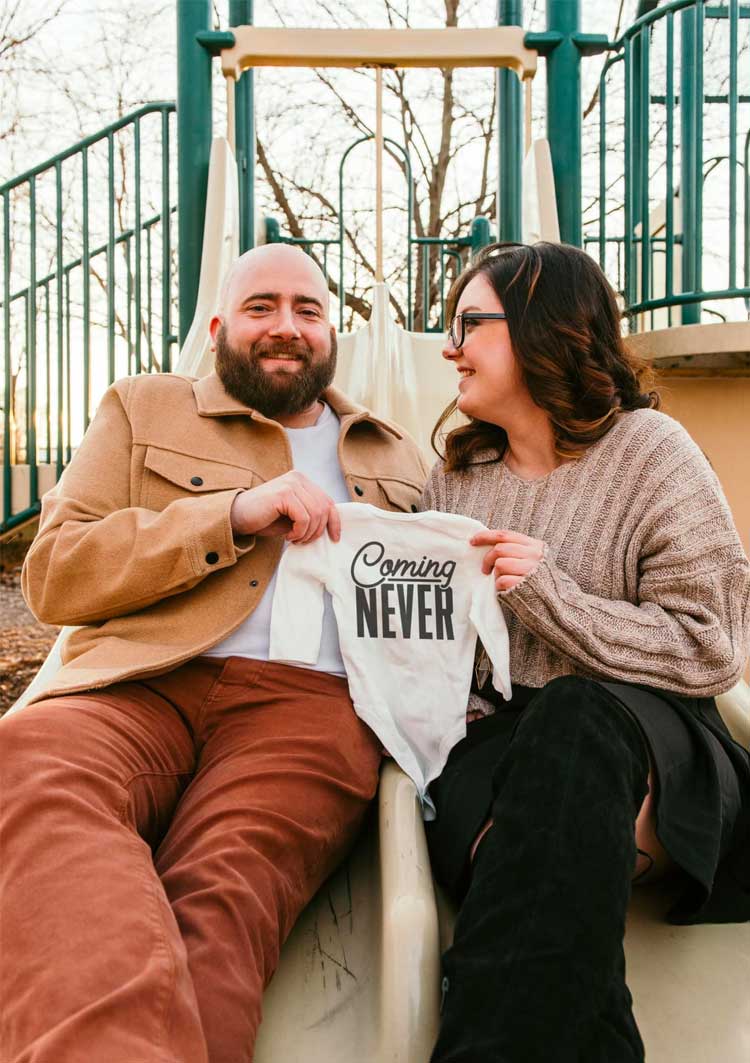 Tyler’s friend, photographer Elijah VanDine took the hilarious images, and sent them to the pair just before they headed off on a trip. They uploaded the photos to Facebook, and when they returned, discovered they’d gone viral.

“The public reaction is crazy to me,” Tyler said. “The post wasn’t even made public at first, and even after I did make it public I didn’t expect more than maybe a few hundred shares.

“Lots of comments of people wanting to recreate it with their partners. And other people saying thank you for celebrating and normalising this decision.” 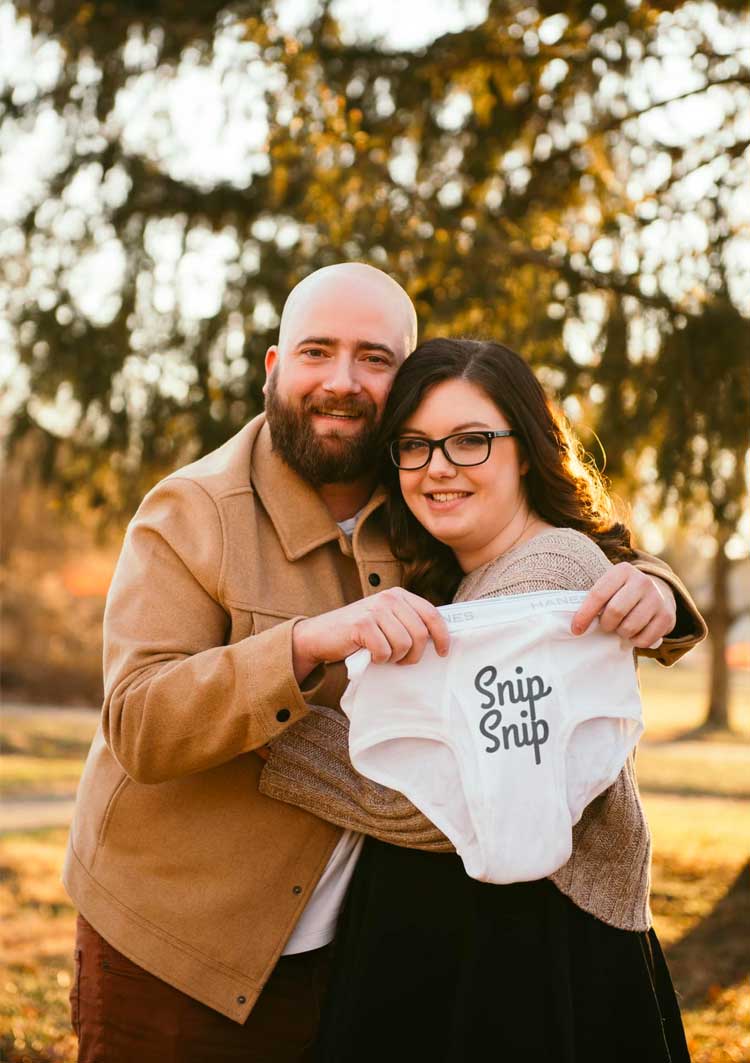 “If these pictures makes things any easier for someone pressured into having kids, or helps normalise this choice, then I’m happy to have helped others even just a little,” Tyler said. “A growing number of people are choosing the child-free life for many number of reasons, so it’s probably best to wait for them to bring up any news than asking quite personal questions.”

What do you think of this photo shoot? Let us know in the comments below.