Article Dad Asks: ‘Am I In The Wrong For Not Wanting To Help With My Newborn?’ 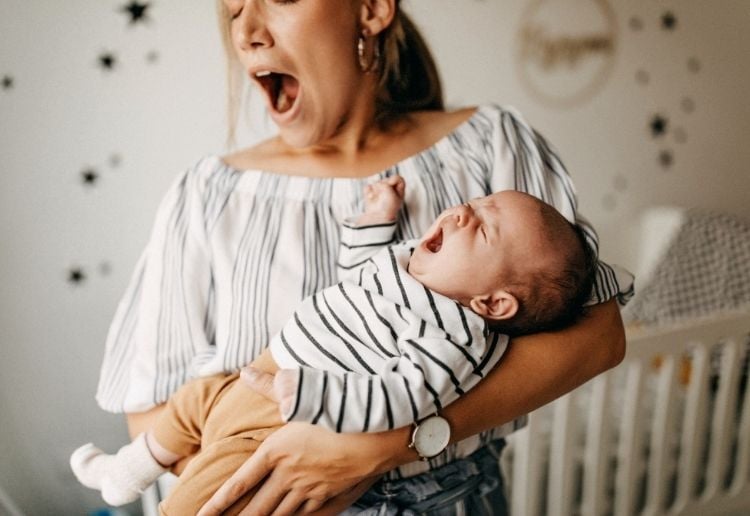 An exhausted new dad says he’s found himself in a difficult situation, balancing 100 hours of work per week, and the demands of a newborn. And it’s putting his relationship under immense pressure.

The 27 year-old dad and his 27 year-old partner have been together for more than seven years, after meeting at university. His partner was forging her career as a teacher, while he was working a surgical resident when they discovered they were pregnant.

“Last year she took a pregnancy test after missing her period and found out she was pregnant,” he explained on reddit. “We were both happy, but also concerned about taking care of a child. My main concern when we found out was that I could not help out with the child because I work 80-100 hours a week.”

However, he says as a couple they decided that they did want a family and decided to keep the baby, with his partner committing to taking time off work and looking after their newborn while he completed his residency. The deal was that when he was working ‘more humane’ hours, the child care duties would be split equally so his partner could return to work.

“It’s been three months since our kid was born now and things have been rough to say the least. I’m still working nearly 100 hours a week and am constantly at the brink of exhaustion, if anything my workload has increased since then, as I am now learning how to perform larger operations. My sleep is almost non-existent and I’m constantly under intense pressure due to my work environment.

“Things have obviously been rough for her, too. The pregnancy and delivery were without complication, but it goes without saying that it was still hugely taxing on her mentally and physically.

“Recently, my partner has been asking me to take care of our kid when I get home. Initially I helped her without hesitation, feeling like it was within my capacity and wanting to support her, but in the past few weeks she’s been asking more and more of me and a few days ago she demanded I take care of our kid immediately as I walked into the door.

“I hadn’t even had time to take off my shoes yet and when I said ‘just give me a second’ she told me to ‘hurry the f**k up.’ I later learned that she had an incredibly rough day and was just at capacity, but in the moment I was so caught off guard I yelled at her to ‘back the f**k off’. I was too exhausted to deal with it then so I locked myself in the bathroom to take a long shower and calm down.

“We later talked about what had happened and apologised to each other, but during it she essentially told me that she felt like I wasn’t doing enough to take care of the kid and that it was our responsibility equally. I told her that I felt like I was already doing more than we agreed on and that I can literally not do any more than what I am currently doing. After talking and arguing about this for about two hours we still couldn’t come to an agreement and decided to leave the topic for now. So am I the a**hole for not wanting to take on a larger parenting role during residency?”

What advice would you give to this exhausted new dad? Let us know in the comments below.