Article Dad Asks: ‘What’s Wrong With Having A Favourite Child?’ 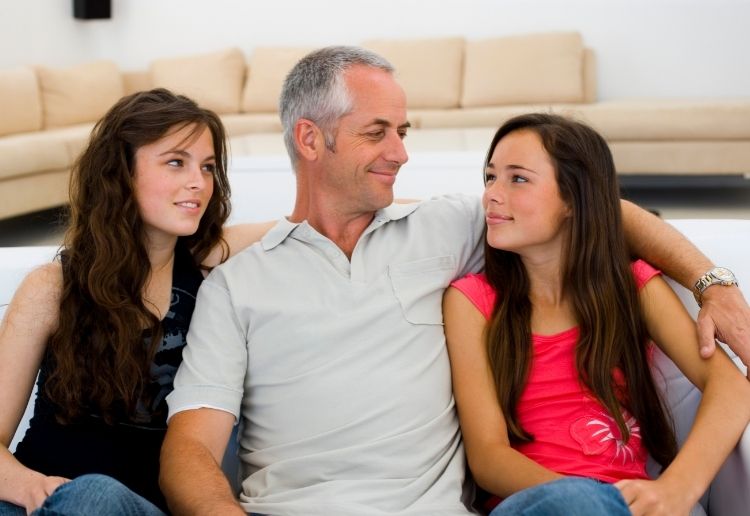 A father of twins says he won’t deny that he has a favourite child – and it’s caused a rift with one of his daughters.

The 53-year-old dad of 17-year-old twin girls, Angie and Julie, says while he adores and is proud of both of his daughters, there’s no denying that he has a stronger bond with one. He says the other twin is closer to her mum.

“Growing up Angie shared a lot more interests with my wife, she loved preforming in pageants, cheerleading, the whole nine yards. While Julie shared my enthusiasm for the outdoors, camping and wildlife photography. It wasn’t intentional but over time my wife started spending more time with Angie while I spent more time with Julie.

“We tried taking the girls to more places together but it’ll always end in an argument because they didn’t have any shared interests and Julie hated going shopping or seeing her sister preform in pageants while Angie despised the outdoors and always refused to go camping with Julie and I,” he explained on reddit.

Recently while bird watching, Julie broke the expensive camera she’d received from her parents for her birthday. Her dad says she was distraught, knowing that her parents couldn’t afford to replace the camera.

“I knew how much that camera meant to Julie who wants to work in photography after graduation so I decided to take more overtime shifts and sell some of my personal belongings so I can afford to buy her a new one. It took me a while but I ended up surprising her with a really nice camera and she was overjoyed, I told her she can repay me by making me an album with all the photos she takes throughout the year.”

‘She exploded and accused me of favouritism’

But the replacement camera did not go down with Julie’s twin Angie, who confronted her father.

“Angie approached me the next day saying she needs a new dress for her upcoming pageant, this confused me a bit because she usually discusses things like that with my wife. I asked how much she needs and she says the dress wants is $4,050.

“I told her I’m sorry but I can’t effort to get her that dress right now and she might want to ask her mother. Angie said mum already told her no and she knows I could afford it because I bought Julie the camera. I tried explaining that a camera and a dress are different but she argued that I could just work more overtime and sell more of my stuff like I did for Julie. When I refused and told her to either find a cheaper dress or rent one she exploded and accused me of favouritism. Although my decision had nothing to do with favouritism I didn’t bother denying it.

“She is now going to relatives complaining how I favourite Julie over her. From my point of view she can’t really complain because my wife favours her over Julie. Besides most of our money already goes towards her pageants and dance competitions so she can’t say I don’t get her stuff.

“Some of my relatives are calling me a jerk for not denying the favouritism but I don’t see the point. Angie obviously favours her mum over me and even told me so a couple of times but that doesn’t mean she doesn’t love me. So why is it treated differently the other way around? I could really use some insight, am I missing something?”

What do you think of this situation? Is it ok to favour one child over another? Let us know in the comments below.