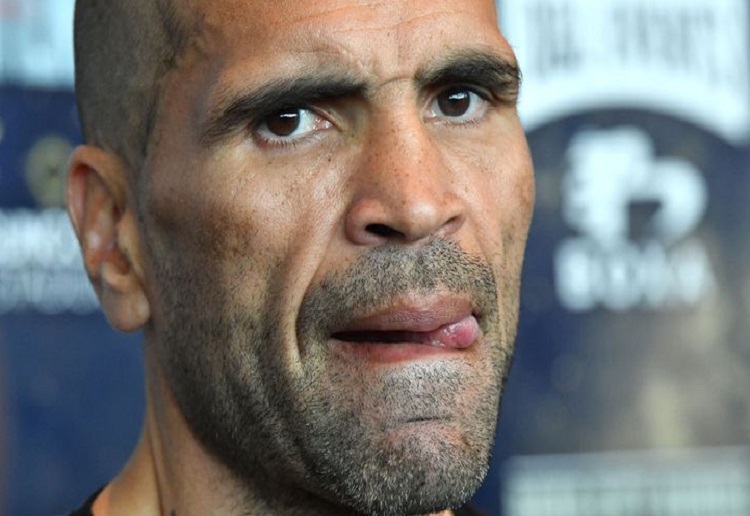 A grieving dad who lost his baby son to deadly meningococcal meningitis has blasted boxer Anthony Mundine over his anti-vaccination comments.

The man, known only as Greg, called Ben Fordham’s 2GB show after it reported on the boxers social media posts, shares 9 news.

Mundine wrote on Facebook and Twitter: “Don’t vaccine your kids period! The government bully you into vaccine (SIC) Do your research on the s*** & watched the documentary vaxxed.”

Don’t vaccine your kids period! The government bully you into vaccine ! Do your research on the shit & watched the documentary vaxxed … https://t.co/PKX6qSYtm5

Greg told Fordham Mundine should “stick to what he knows”, saying: “I don’t know as much about vaccinations as Anthony Mundine, but I lost my one-year-old son to meningococcal meningitis.

“My wife’s a nurse and my view is that any sensible adult, if they’re interested in the welfare of their children, ought to get their children vaccinated.

“It changes your life and I just think that people fear many things in life, and I think the fear of a pinprick is nothing compared with the fear of losing a child.”

Professor Robert Booy said it was “a concern” that sportspeople and their partners were sharing their anti-vaxxer views.

“I’d love to sit down with him for a couple of hours and go through all his questions and concerns, and really show that infections diseases are nasty to people, and you’ve got much more benefit and safety from being vaccinated, than not,” he told Fordham.

However he said he believed parents were listening to their GP and nurses.

Ben Fordham added, “But when you use your profile to spread these messages, you’re really rolling the dice with other people’s lives, because you do have these professionals who have been to university for a long time and are convinced that vaccines and vaccinations save lives.”

Today Anthony has responded saying, “A lot of talk bout this vaccine stuff ! All I’m saying is research & check what they giving you or ya baby ! When they start mixing it like a cocktail that’s where it’s going wrong ! That’s my opinion & other people have the right to there’s !”

A lot of talk bout this vaccine stuff ! All I’m saying is research & check what they giving you or ya baby ! When they start mixing it like a cocktail that’s where it’s going wrong ! That’s my opinion & other people have the right to there’s ! — Anthony Mundine (@Anthony_Mundine) April 10, 2019

Pete Evans also recently caused upset after he pushed a new anti-vax podcast, urging his followers to ask questions about vaccination and medicine. Read more on that here.

What can WE do?

Tweeting and commenting our outrage is one thing, but if we can transform these feelings into some kind of meaningful action – then we are REALLY turning anti-vaccine activism into something brilliant.

– Annoyed at a Anthony Mundine’s latest tweet? Go book in for a flu shot.
– Irritated by a social media influencer trying to influence people not to vaccinate? Make time for a meaningful chat with your friend who is worried about vaccination.
– Frustrated by a Paleo Pete promoting his anti-vaccine views? Make a donation to UNICEF or a similar charity to purchase vaccines for children in need.

Overall, it’s really important that we are patient and kind to those who have genuine questions and worries about vaccines.

“But it’s equally important that we stand up to those who are using or abusing their large platforms to spread dangerous lies about vaccination. And better yet, when we transform our frustrations into meaningful action – we have a chance to turn anti-vaccine activism into something really positive”, shared Catherine.