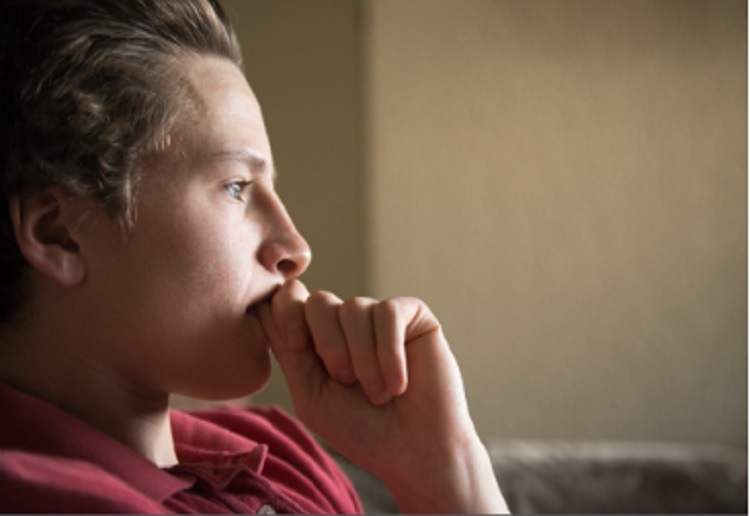 A father-of-two is “lucky to be alive” after he contracted an infection from biting his nails.

Luke Hanoman, 28, from Southport, UK, nearly died after dismissing his flu-like symptoms for two weeks, oblivious to the sepsis infection running through his body, shares Yahoo 7.

The father of two had developed sepsis after biting the skin down the side of his nail, culminating in four days under 24-hour medical supervision where told he was fortunate to have survived.

Mr Hanoman began developing a fever, was having cold sweats and severe shaking but refrained from seek medical help.

It was only until his finger began to swell considerably and his mother found him uncharacteristically sleeping in one day that he was rushed to hospital.

“I was close to septic shock. They told me I was lucky to be alive,” he revealed to The Mirror.

“Eventually they got to the infection in my finger and all of this puss came out.”

Mr Hanonman, who has two sons aged five and six, revealed he never knew his bad habit could have such drastic consequences.

“I used to bite my nails all the time. It was a nervous thing. And one day I bit the skin down the side of my nail. It hurt a bit but I didn’t think anything of it.”

He now wants to use his ordeal to raise awareness of sepsis for those, like himself before his diagnosis, who know nothing about the illness.

He has warned others not to ignore similar symptoms to his, saying his decision to push on working and wait for his illness to pass could have cost him his life.

About 500 children around Australia and New Zealand are treated in intensive care each year after developing sepsis. Between 5 per cent and 20 per cent of them die from the condition.