Article Dad Pays For Baby Shower, Then Keeps The Money Gifted By Guests 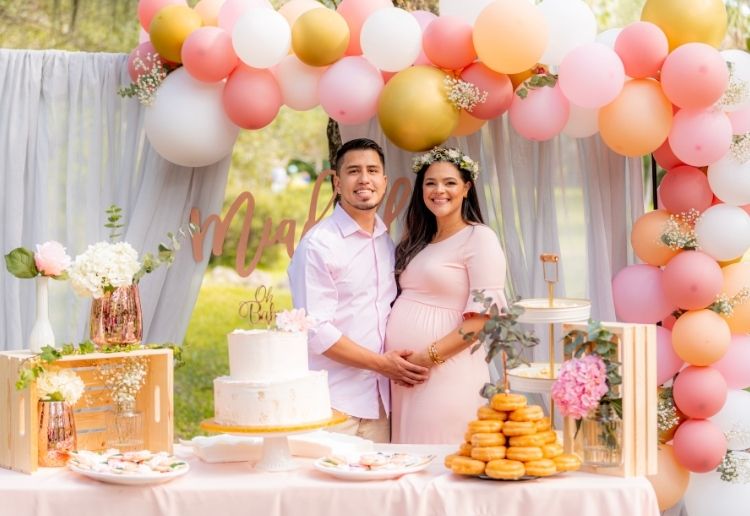 A dad-to-be says he’s entitled to keep the money gifted to his baby, after he threw a ‘lavish’ baby shower for his wife. But he’s been accused of ‘stealing’ from his baby, for taking the cash gifts.

The 29-year-old first time dad is expecting a little boy with his 24-year-old wife next month, and they recently hosted a baby shower to celebrate the event.

“Her family didn’t really plan the whole thing other than decorating so I ended up purchasing a venue as I wanted to make a big deal of this to make my wife feel special,” he explained on reddit.

“I spent $2,500 on this venue which I was prepared to do and okay with. My wife wanted something smaller initially but I wanted to do the co ed thing and invite my friends and family too. After paying for the place, my account was depleted and I won’t be paid again for two weeks. So I took all the cash we were given in cards and deposited into my account. We ended up getting about $1600, so I only ended up paying less than $1000 for the shower.

“My wife is upset about this because she feels as if the money should be used for more baby things and not to ‘pay myself back’, as she put it. I told her I can’t just have $0 in my account for two weeks, and she said I should have thought of that before booking such a big space for the shower instead of doing something smaller like she originally wanted. She’s also upset because a majority of the money came from her family. I honestly just assumed any money we got was going into paying for the shower, and she assumed it would be for whatever else we didn’t get on our registry.”

‘My wife is being ungrateful’

The dad-to-be says he feels as though his wife is being ungrateful, but understands that he should’ve better planned out his finances.

“I don’t see it as stealing from my baby since I don’t by any means plan to spend ALL of this money on myself. I’m most likely going to be the one paying for everything the baby needs and also am going to be helping my wife with her medical bills. My wife has money saved since her maternity leave is unpaid so it’s not like I’m just leaving her high and dry. She has money and I don’t expect her to use it on baby things.”

He says the couple were gifted lots of baby essentials and expensive items, because of the large guest list of more than 100 people, which means they have what they need for their baby. However, he has come to realise that taking the gifted money wasn’t the wisest decision.

“I made a rash and impulsive decision because I wanted everyone to see that I could provide for my family, and all I did was prove to myself and my wife that I have a lot of learning to do. My decision to have a lavish shower was based on insecurity more than anything and I was wrong for that. My wife did eventually agree to have the bigger shower because she wanted me to have a say since this is my baby too, but asked if I was sure I could cover the cost multiple times. I said yes. Repeatedly I reassured her that I could do this.

“I truly did assume that money given at baby showers was to pay for the shower (like how people pay for their plates at a wedding), or for whatever we as a couple needed. I didn’t even think about the fact that the money is for the baby and didn’t consider putting it in a savings for him but I like that idea. I have never been to a baby shower so I didn’t know any better.”

What do you think of the situation – should the dad-to-be have used the money to pay for the baby shower? Let us know in the comments below.