Article Dad Pleads With Wife, ‘Just Give Me Five Minutes Before Handing Me The Baby’ 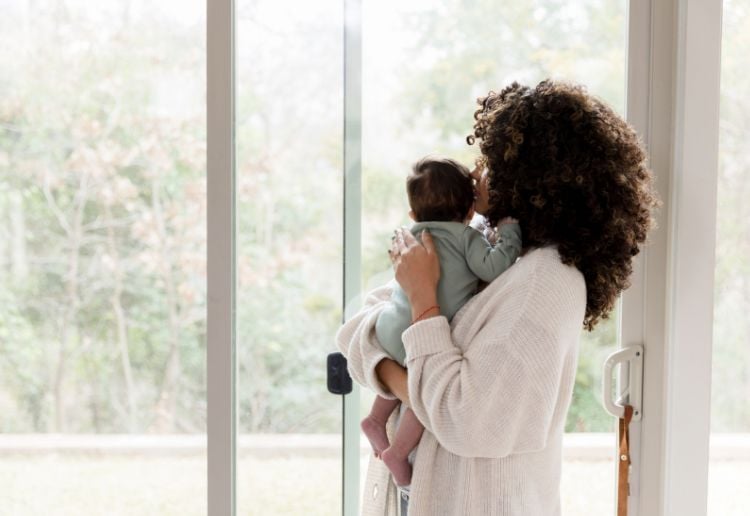 A stressed dad is wondering whether he’s in the wrong after snapping at his exhausted wife, who asked him to take their baby not long after he finished a horror day at work.

The husband, who works as an ER nurse, says he adores his wife and nine-month-old daughter, and they’re ‘very important’ to him. He also loves his job.

“Right now my wife doesn’t have a job and is focusing on motherhood. I am in full support of this and know that what she is doing is very difficult and taxing, but I think my job is sometimes a little more than that.

“I have really bad days. Like I see the worst things a person could possibly see, and it used to not bother me but since my daughter was born it’s so much worse. Especially when it’s a younger woman or little girl. I however don’t let this effect my work and I don’t let my wife in on these things. She’s a little fragile when it comes to things like these to the point where she can’t even watch horror movies.”

‘I couldn’t handle my wife’s requests for help’

The new dad explained on reddit that he’d had a particularly difficult day at work recently, and it sparked a downward spiral. (Trigger warning: child death)

“We had a car crash victim. She was about eight-years-old and riding around on a bike. The driver fled the scene and she was in bad state. Like I could see organs. I knew we were likely gonna lose her and we did. Like I said after we did our job the best we could I moved on. Got lunch did whatever I needed to do.”

The man explained that he usually takes the baby and gives his wife a break as soon as he gets home. But this day, he was just too distracted.

“I wanted to help my wife but I just needed some time. I don’t know why, but I couldn’t handle my wife’s requests for help. When I asked her for a minute, she told me that she’s been on her feet all day and needed a break. We had a small argument as I was trying to avoid telling her what I saw, and eventually I just snapped.

“I raised my voice and told her that, ‘Can I just get five f**king minutes to myself before you jump on me’. She of course was mad and it started a much bigger argument as she now is convinced I don’t value what she does.”

It’s now left the man wondering if he’s in the wrong for his reaction.

What do you think the solution is? Let us know in the comments below.