Article The day I fell in love! 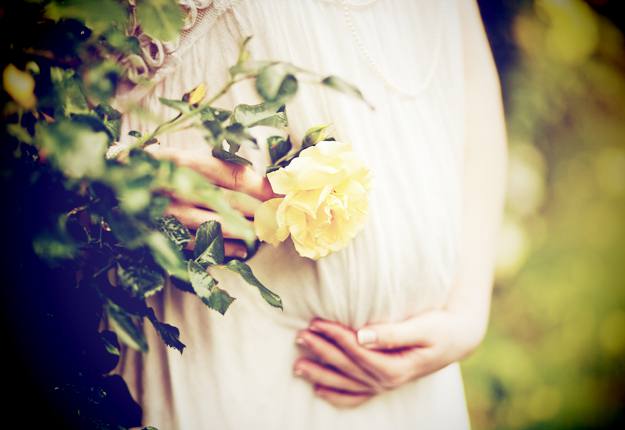 I had a hard pregnancy, a very difficult birth, and when my daughter was born, I looked down at my 7 pounds of blonde cuddly baby, I didn’t feel what I expected- no rush of hormonal teary love, no gushing, no giddiness. Not anything.  I felt terrible that this poor sweet baby had been given to me- a mother who didn’t feel what she was “supposed” to feel when looking at her new baby daughter for the first time.

I spent the next weeks and months going through the motions, doing what I believed ‘good’ mothers did with their babies. My husband knew I was having a hard time, and each day when he came home, tired and weary from work, he would gently take her, cuddle her, bath her and play with her. Rather than feeling grateful that he was doing so much, instead, I felt as if he was-by his actions- calling me a bad mother. After all, if I was any good, he wouldn’t “need” to do these things, would he?

We had decided early-on on ‘attachment’ style parenting, which meant sharing a room with baby, and as my husband needed to get up early for work and the baby didn’t sleep through the night yet, many nights he slept on the couch so I could get a few more minutes sleep. As time went on, I became used to feeling a combination of guilt and shame that I wasn’t stacking up in the mothering department, but was determined no one should find out exactly how bad I felt- not realising that if I had asked for help, I likely would have received it quickly.

One morning though, it changed. At four months, my little blonde bundle had grown into a happy, wriggly, and charming baby. I vaguely remember hearing the front door shut as my husband left for work, and settled back to sleep, before feeling a soft pat-pat on my cheek. She had wriggled over to the edge of her cot and stretched out her arm to touch my face. She saw me open my eyes and just beamed at me.

All of a sudden it hit me- the wave of emotion I felt I had missed out on at birth- the awe inspiring rush of maternal love, and giddy ‘I can’t believe I am your mum’ feeling.

I realised then that to this little person, I was her whole world, and she was very happy to have it this way.

This moment was the break-through moment for me, when I began to feel normal again. I understand now that I was experiencing postnatal depression, and I urge other mothers in this position to seek help- I know I missed out on the first precious months of my daughter’s life because I did not.