Article With All The Tragedy Out There, Is It OK For Children To Watch The News? 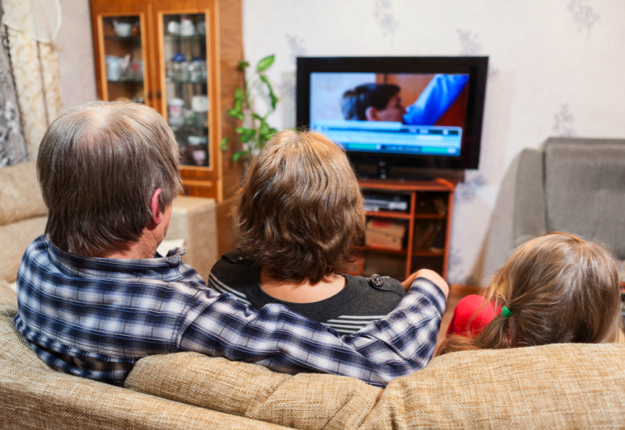 How do we protect our children from the ever-present stream of tragedy in the media – should we switch off the news or should we expose them to the realities of life?

It seems that as we watch the evening news or log onto a news site, we’re overloaded with stories of tragedy, crime, grief – it jams our news streams and our consciousness. Yet are we indirectly exposing our children to the worst our society has to offer and should we be protecting our children against this?

The last few weeks seem to be particularly poignant. Many of us have images ingrained in our minds – the horrific video of George Floyd,  the photo of innocent presumed-dead Madeleine Mccann, fatal car accidents and teen stabbings.

It’s as if we need to steel ourselves for what’s coming next every time we turn on the news.

Yet often we’re not alone when we’re hearing the news. Whether we’re driving in the car with the radio on, watching the evening news, or leaving a news-site open on the computer, our children are indirectly being exposed to these harsh realities of the life they live in.

And yes, it can be as simple as ‘switching off’, and 9 times out of 10, we do this. But what about the times we don’t – what actually happens when our children are exposed to this?

Does any good come from exposing our children to bad news in a controlled way, where we can teach them about life, and make them more aware of the bad as well as the good? Is there ever a time when it’s the right thing to do?

“As parents, we are responsible for the emotional and psychological well-being of our kids,” says Sydney-based Psychotherapist and Couples Counsellor Annie Gurton. “That means protecting them from the worst but also preparing them for the realities of life.  So, a fine balance has to be struck.”

“The trick is to ensure that their exposure to traumatic world events is age-appropriate, and suitable for their individual level of development and sensitivity,” suggests Ms Gurton. “Children’s ability to understand disturbing news is different from that of adults. Their comprehension depends on their age and emotional maturity. A child who is hyper caring and compassionate is likely to be more disturbed by a tragic event than one who is more resilient and pragmatic.”

“With easy access to the Internet, and repeated showings of violent and horrific events, they can be upset without their parents realising, so parents have to be vigilant and look for non-verbal signs that they have been affected.”

According to Ms Gurton, the following age group impacts can be identified:

“Parents need to be the guardians of their children’s exposure to news, and to TV programs and films which show death, destruction and pain,” says Ms Gurton. “As soon as they show any indication of being worried or confused, the parent should intervene, switch off and explain. Your child may be confused and afraid and may have questions that should be answered.  Don’t ignore their worries; instead spend extra time reassuring them and explain the facts in a way that they can understand.”

“Just before bedtime is a key time for images and stories to be negatively absorbed and integrated into dreams and imagination.  Try not to let them see news or programs alone, and avoid leaving newspapers with disturbing images around the house.  Try and watch the news with them, and explain what they are seeing, putting it into perspective and keeping proportion.  You could explain that although they are seeing the event repeatedly, it actually only happened once, and it is on the news because it is so unusual. The news is often about bad things but most people are good.”

“Preparing children for a world where there are bad people and tragic events is difficult.  But if in doubt, err on the side of over-protecting rather than over-exposing,” suggests Ms Gurton. “Of course we can’t protect them entirely, and it is necessary for them to realise that the world can be a harsh, cruel place.”

“But your number one job as a parent is to make them feel safe, and let them know that, provided they do all the right things, they are unlikely to be victims themselves, and Australia is, really, a comparatively very safe place.”

Trust the experts and trust your instincts as a parent, if it doesn’t feel right to you, it’s certainly not appropriate for your children. So if in doubt switch off, let’s protect our children’s innocence and childhood as long as possible.

Do you let your kids watch the news? SHARE your thoughts with us in the comments below.