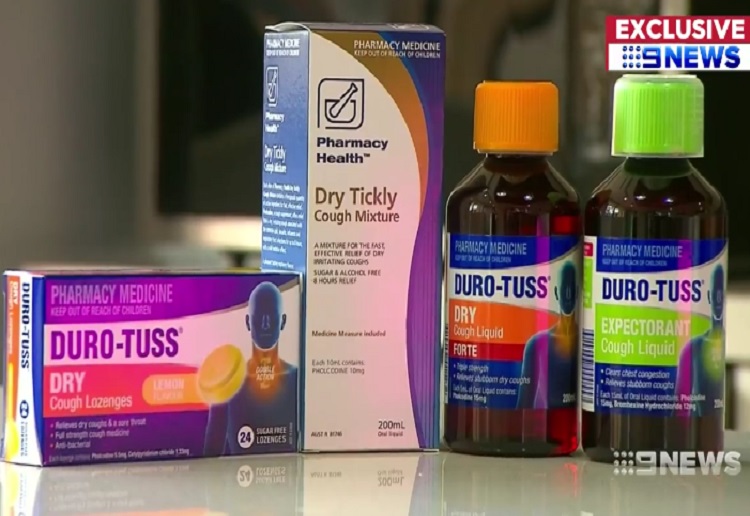 Anaesthetists across the country are campaigning for more than 50 cough medicines to become prescription-only products, due to concerns about a common ingredient.

A group of anaesthetists have asked Australia’s Therapeutic Goods Administration to ban or reduce access to cough medicines containing an opioid-based cough suppressant called pholcodine because of research linking it to anaphylaxis (a severe allergic reaction) in patients when they are given particular drugs.

Co-ordinator of the Australian and New Zealand Anaesthetic Allergy Group Dr Helen Crilly said a growing number of anaesthetists were concerned that pholcodine was creating sensitivity in people to muscle relaxant drugs commonly used in procedures such as appendix and gall bladder removals.

She said while about one in every 10,000 Australians suffer anaphylaxis during surgery, this rate nearly doubled to one in 6000 when muscle relaxants were used.

”Even though it doesn’t sound particularly common, if you are the one in 6000 that it occurs to, you would think it was worth preventing. One of the problems is that it happens to people who are young and fit and well so no one expects a problem,” she said.

The renewed call comes after a woman nearly died on the operating table before being resuscitated by hospital staff after using cough medicine.

Narelle Campbell, 52, said she went into hospital for something unrelated to her cold but it was the over-the-counter medicine that nearly ended her life.

“I flatlined completely I was gone,” she told nine news.

“The thing that surprises me as I went in there to have an operation for an aneurysm and I actually died on the table because of cough medicine.”

The incident has renewed concerns over the active ingredient in many cough medicines.

Ms Campbell had been taking the medicine before going in for surgery.