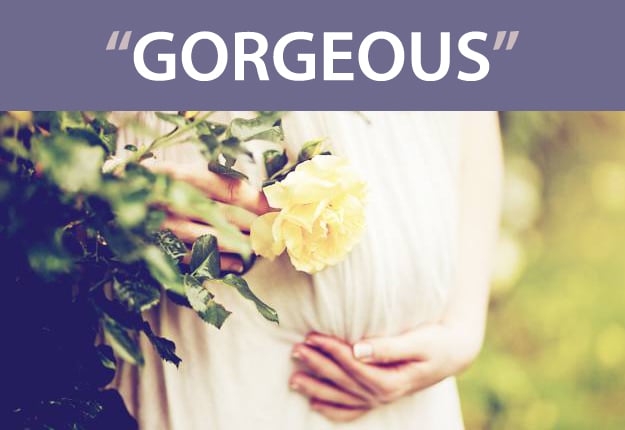 Would you be offended if someone said this to your child?

One mum has turned to the parenting forum, Mumsnet, to share her shock when she was asked not to tell a little girl she was “gorgeous.”

She wrote in her post, “I was stood on the pavement outside a cafe waiting for my food order. It was a glorious sunny day in a tourist village so there were loads of people milling about. My 9 month old baby girl in her pram.

“A man (late 30s?) walked over carrying a toddler. He said his daughter wanted to look at the baby. A little bit of small talk followed in which I introduced my baby to the toddler. I asked how old his daughter was (22 months) and said to her, “hello lovely, aren’t you gorgeous!”

“The man looked me sternly in the eyes and said, “oh no, don’t tell her that, language like that ruins them!”

She added, “I work with children, I have lots of friends with children. I often use language like this. This is the first time I’ve come across this kind of attitude and I must admit I thought he was joking and laughed in his face.” 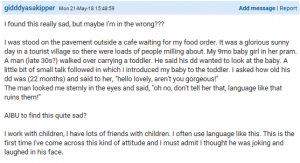 The reactions to her post have been quite mixed. Comments include –

One responded, “I do get the logic behind focusing on other qualities when complimenting girls especially. It does seem to be all focused on looks with girls which i do think should change. Saying that though I wouldn’t correct a stranger in the street like that when they’re just trying to be nice either. I just try to do it myself when talking to kids.”

Another said, “I see a lot of people post about this on social media. I think these types of parents want their children to not see beauty past appearance. A celebrity posted about how angry he was at someone commenting on his daughters lovely appearance and he kindly asked them to recognise how clever, thoughtful a kind she was instead. I think it’s absolutely ridiculous as a compliment is a compliment and a lot of people are so over sensitive now.”

– “Stupid man. Some people want something to complain about!”

– “Ridiculous. He needs to join the real world if this is the biggest issue in his life.”

– “Yep the world has officially cracked its face. You petrified to open your mouth. That’s why I don’t look at kids to be honest.”

How would you react if someone said this to you?  Do you find it offensive?