Article Don’t pity dads for having a home full of daughters! 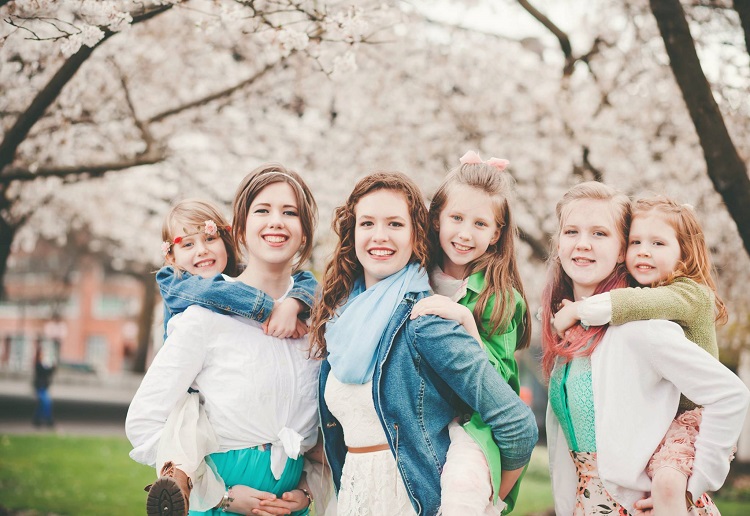 Mum shares a looong rant about the toxic message children receive when people ask, “Oh, you have all girls?”

Let me start by saying this of course can also be said for families with all boys. I know myself, as a mum of two boys, I have often been asked if we would try again for a girl.  Ummmm NO!

Jessica from the Leaky Boob is a mum of six girls and another baby on the way.

She has expressed her anger at constantly being asked if she is hoping for a boy this time around.

She shared her disgust on the Facebook page, Beyond Moi.

Jessica wrote, we have 6 children that all identify as girls. As weird as it is to talk about their “privates” with you, all of them are biologically female. Which doesn’t matter but somehow does matter. A LOT to some.

We also have another baby on the way (identity currently unknown).

This is going to be a long rant. It’s been building for nearly 17 years.

The children we have, the ones with vaginas, are enough for me and for their father. We are not having another child to play the penis/vagina lottery. As for boy/girl, that could take years to determine, we’ll trust our child to let us know how they identify.

The wishes for a boy for us are why part of me didn’t want to share that we have another baby joining our family. But this baby deserves as much excitement and celebration over them coming as the others before them, whether they have a penis or a vagina or both or whatever. Because yes, both or intersex happen too.

The day we did our photo shoot with the fun photo announcing that we’re expecting Lucky, we were all standing on the train platform together. A woman, a stranger to us, very nice and friendly, approached our family and struck up a conversation with two of our eldest children. They were polite and friendly too. She quickly asked if we were one family. The eldest and our third born confirmed that we are. She complimented how well behaved everyone was, how lovely we looked, and how sweet they were.

You know what she said then? She said “All Girls?”

I saw my oldest take a deep breath and my third tight lip and look away- this conversation is always frustrating for her. They knew what was coming next. We always know, we’ve lived this for a very long time after all. Our 18yo answered yes, all girls.

“Oh, your poor father! All these girls, I’m sure he wishes he had a boy in the mix. Must be so hard for him.”

I saw the plastered smile on both girls’ faces as they faked a laugh and nodded.

BUT IT IS NOT FUNNY.

Someone just pitied their father for their very existence.

I debated stepping in and putting her in her place, gushing a little too much about how wonderful it is with our girls, how much their father absolutely loves his daughters and has never been disappointed in them. I was tempted once again to overcompensate for the messaging that their father must suffer because of who they are.

We’re not disappointed in our children or their genitalia.

I get that some people do experience disappointment if they had hoped for a certain sex for their child, this isn’t a judgment on them. We feel what we feel. That’s fine. For my husband and me, we haven’t felt disappointed in our children because of their sex or any other reason yet people continue to project that onto us.

We’re tired of it. Sure, we can handle it and since we’ve been receiving such comments since expecting our 16yo, we know how to redirect or let them roll off our back. I can dismiss the statements as reflecting more about the person making them than anything, that it could be internalized sexism, it could be fully believing in gender stereotypes as set by our culture, it could be personal experience of a certain type of relationship, it could be anything but it’s more about them than us.

We’re still tired of it. And so are our children.

So please don’t tell me you hope we have a boy. Specially where my children may once again be subjected to someone communicating that they are not enough, that what’s between their legs is somehow inadequate for their father and me. Our teens are online, they can see the comments people make there too.

I know nobody means harm in wishing we would have a boy but please, please, please just stop saying it to us. It’s not like we can do anything about the sex or gender identity of this coming child anyway, it doesn’t matter what genitalia you or anyone else (including us) wish this baby would be born with. That was set before we even knew they were growing. All the hoping in the world isn’t going to do any good. They are who they are already, without anyone’s expectations having any bearing on that.

We don’t want to hear it and trust me, after 6 girls, it’s not like we haven’t heard it ad nauseam before. We get it, we know, it is not socially acceptable to have children of all one sex and apparently the world views them as one size fits all- all vulva/vagina owners must be one way, all penis/testes owners must be another. But we don’t buy into that as a family. Not to be rude but we don’t care what the world thinks we should have. We are not disappointed with the children we have in anyway, certainly not because of their sex or gender identity. We don’t feel like we are missing out having only children with vulvas/vaginas. We don’t feel our family is deficient. I don’t feel like there is a magical connection I would get to have with a child with a penis that I’ve been deprived of with my 6 children with vaginas. Jeremy doesn’t buy into the social constructs of society that tells him he would bond with a small person with a penis differently than he can with his children with vaginas.

I know, I really know nobody means to sound insensitive but think for a moment, we’ve been hearing this for SEVENTEEN YEARS. I’m tired of it. My patience is shot. I’m done being tolerant of the good intentions from good people that inadvertently send the message that my children ARE NOT ENOUGH.

I don’t want to hear it. I can’t hear it any more. My heart can’t take it any longer. The toxic messaging that my children aren’t enough, even though I know nobody means it, is one I am tired of battling. The implied meaning of these well intentioned people and the impact of their words cuts, it is exhausting. Protecting my children from it is draining. IT HURTS THEM. Yes, you have to take responsibility for the impact of your words, not just the intent. Some of my children are on social media now, they can see your comments and they hear them. Nearly every day for most of their lives the world has sent them messages that their father must be so disappointed in who they are because of what’s between their legs or that their mother is missing out on a special connection they can’t be a part of because of their chromosomes.

This happens with any sex, male and female, I know it happens to families with only male children, but I do believe there is an element of misogyny underlying these comments directed toward our family as though it is particularly difficult for Jeremy, a man, to be surrounded by so many females is akin to torture. Often these comments come from women which is evidence of how deeply internalized misogyny can be.

But no, having 6 children with vaginas hasn’t been torture for him or for me. It has been a delight. Joy. Happiness. A gift.
I am certain we would feel the same if they had other genitalia as well.

In this space, in my circles, this is it. Don’t say it to me, don’t comment it on a post, don’t ever again express that we “need” a boy because my family already has everything we need and nobody else gets to have any say in that.

More from Beyond Moi – ‘I’m not the babysitter. I’m their DAD': Father pens viral post

Can you relate to Jessica’s frustration? 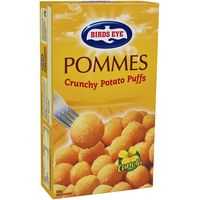