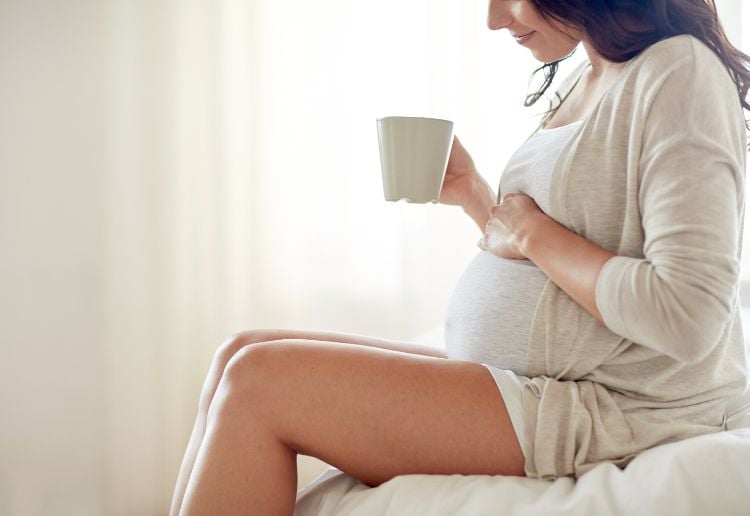 In welcome news for tired, expecting mums, the latest research has found that enjoying a daily coffee causes no increased risk to pregnancy.

Australian researchers have discovered that there’s no greater risk of miscarriage, stillbirth or premature birth for women who drank coffee during pregnancy.

“But that’s based on observational studies where it’s difficult to separate coffee drinking from other risk factors like smoking, alcohol or poor diet. We wanted to find out if coffee alone really does increase the risk of adverse pregnancy outcomes, and the research shows this isn’t the case.”

The researchers used genetic predisposition for coffee consumption and matched it against birth records, to see if there had been any reported birth impacts. But they found that no level of caffeine increased the risk to pregnancy.

“Because we can’t ask women to drink prescribed amounts of coffee during their pregnancy, we used genetic analyses to mimic a randomised control trial,” Dr Daniel Hwang explained.

“When it comes to diet during pregnancy women are often advised to cut things out, but this study shows they can still enjoy coffee without worrying about increasing the risk of these pregnancy outcomes.”

However, the researchers have emphasised that the study only looked at a select few adverse pregnancy outcomes, and there is still a chance that caffeine consumption may impact other aspects of a baby’s development.

“For that reason, we don’t recommend a high intake during pregnancy, but a low or moderate consumption of coffee,” Dr Moen said.

How much coffee is safe during pregnancy?

According to Pregnancy, Birth and Baby, consuming large amount of caffeine may increase the risk of miscarriage or a low birthweight. So it’s recommended that if you’re pregnant or breastfeeding, you limit your caffeine intake to 200mg a day.

Here’s a look at how much caffeine is found in common foods and drinks:

Did you cut out caffeine altogether when you were pregnant? Let us know in the comments below.