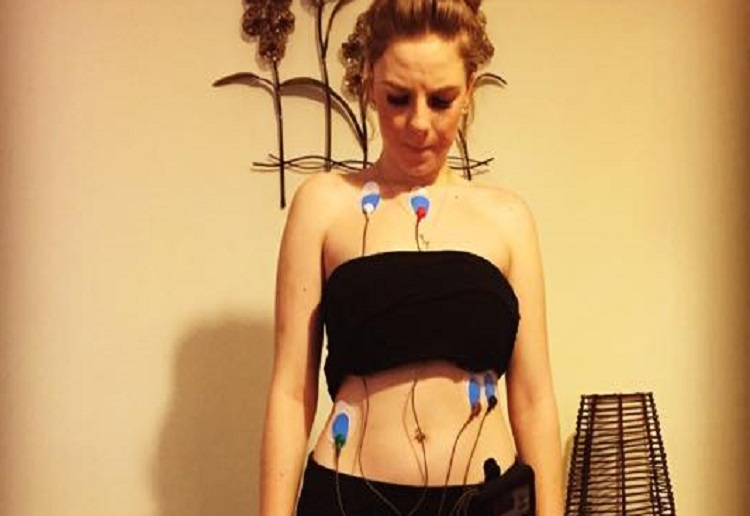 A British teen, who has suffered two miscarriages which she attributes to energy drinks, has taken to Facebook in a plea for others to not make the same mistakes she has.

18-year-old Dion Parratt shared images of herself wired up to a heart rate monitor, and claimed that her addiction to energy drinks has left her with a severe heart problem.

After having consumed five cans a day since she was 11, the teen wrote –

“This is what happens when you spend your childhood drinking energy drinks.

“I’m now stuck with wires and a massive box attached to me for 24 hours.

“Before you drink cheap energy drinks think again about what you’re doing to your body.

“And anyone who is a parent, don’t let your kids drink them, they should be banned.”

Parratt claims her heart issue was diagnosed after the drinks triggered two miscarriages and is now presenting with low blood pressure and a falling pulse that causes her to pass out.

Energy drinks, filled with caffeine, are a stimulant and have long been known to cause palpitations and racing heart rate according to Dr Graham Jackson, honorary consultant cardiologist at St Thomas’ Hospital, so they are not as likely cause.

He said: “She probably had an underlying heart problem that was discovered when she went to the doctor about heart palpitations.

“Now they are monitoring her for what is causing her pulse to stop. They are probably trying to find out what the underlying problem is.”

He added that drinking two cans of energy drink a day is ‘dangerous’ as this could equate to around 800mg of caffeine.

“Up to 400mg is the safe level. Any more than that and you might get heart palpitations.

“You could get caffeine withdrawal symptoms when you stop – feeling shaky, feeling awful.” 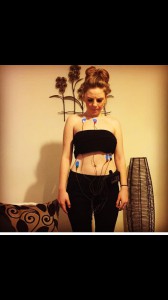 Her Facebook posts reads:
“This is what happens when you spend your childhood drinking energy drinks. I’m now stuck with wires and a massive box attached to me for 24 hours. Before you drink rock stars and them cheap energy drinks think about what your doing to your body and to anyone who is a parent don’t let your kids drink them they should be banned.”
In response to one comment on her post she replied – “Honestly babe you shouldn’t I drank them since I was in. Year 7 used to drink easy 4/5 a day and I would be a complete bitch if I didn’t have them lol! It wasn’t until I lost the second baby that they found a problem with my heart honestly go get checked you don’t wanna die young.

In an interview with the Northants Herald and Post, she stated she used to ‘drink as many energy drinks as I could buy’ – sometimes up to five cans a day.

“I used to buy the energy drinks from my local shop at the bottom of my street and drink them throughout school days,” she said.

“I always made sure I had two or three cans in my bag for school. But it quickly changed (got worse) when my body got used to having them.

“I was a kid, and it was a drink that tasted nice and everyone drank. I suppose you don’t really know the damage until it is done.”

It was at this time when doctors realised the shocking scale of her heart problem – and also when Dion decided enough is enough.

“When I lost my second baby and they picked up a problem with my heart, it was then when I knew – if I wanted a baby and a healthy life – I had to stop,” she said.

But just last week, with her health condition continuing to plummet, doctors decided to place a heart monitor on her body for 24 hours to find out more about her heart problem.

Now waiting to hear the results, Dion is eager to warn others of the dangers of consuming too many energy drinks, which she claims doctors believe caused her to have two miscarriages.

“There is not much I can say to people who are addicted to the drinks that will make it any easier to stop,” she said. “But all I can say is ‘stop drinking them’. You always think it won’t happen to you, but it could.”

Are you an energy drink addict?