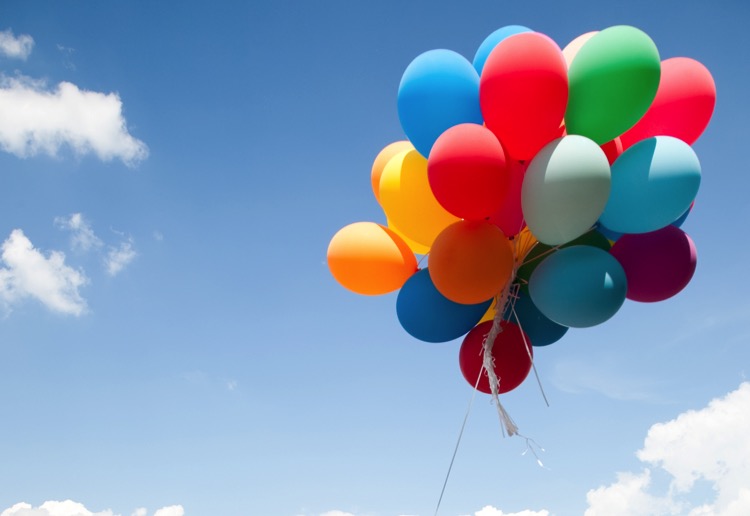 The sky was blue and the sun was shining.

Family and friends gathered together, smartly dressed, outside and watched as fifty brightly coloured balloons floated their way up, up and away, high in to the sky, until they could no longer be seen.

Not far away was a room filled with refreshments and cakes. Flowers, cards and gifts. You might be forgiven for thinking that this was a birthday party. However it was anything but that. Instead it was a funeral. My sons funeral. My babys funeral. The funeral of the little boy named Bailey, that I had lovingly grown for the past 36 weeks. Surreal. Heartbreakingly, bonechillingly surreal, yet it was my new reality.

Little Bailey was concieved in July 2010. We had no idea he was going to come in to existance, but after the initial shock, we were very happy and could hardly wait for him to come and join our life.

Everyone was so excited to be welcoming a new little boy into the family. Jai, Maddison, Jasmin and Mahalia, my older children, were all eagerly looking forward to having a little baby brother to love and fuss over. Casey, only just turned one, though mostly unaware, would have enjoyed a new baby to boss around, the way Mahalia did to her. His Nanna Trudy loved him from the second she knew of him, and truth be known, possibly even before that.

Bailey was an active baby, spending much of his time in utero kicking my insides and practicing the martial arts his daddy would have taught him, had he had the chance to. Bailey was an easy baby to carry. He didn’t make me get much morning sickness and he kept heartburn to a bare minimum. He didn’t make me have any strange cravings and he didn’t give me high blood pressure. In fact he was a perfect baby and it had been a perfect pregnancy with no complications.

At night I would enjoy my peaceful time alone with him. Feeling him kicking and stretching, doings flips and head butting my rib cage. I would rub my belly and sing to Bailey and tell him of all the little clothes and cuddly blankets and soft teddies, that were waiting for him. Of the little Essendon romper suit that would make his daddy so proud when he wore it. Of the blue overalls that would make him look like such a spunk. The softest most cuddliest blue teddy and a blanket with cars on it that Bailey would just have loved, special gifts from Nanna. I told him of how much Jai was looking forward to being his big brother and that Jai had been waiting for his arrival years before it ever happened. How Maddison and Jasmin and Mahalia couldn’t wait to meet him so they could cuddle him and get to know their baby brother.

I warned him that Casey would try to climb all over him at first but would love finally getting the chance to be a big sister. I told him of the games we would play, the cuddles we would share, the kisses and giggles and tummy tickles, the adventures he might get up to. But most of all, I told him of how much love was waiting for him on the outside. That I couldn’t wait to wrap my arms around him and just love him.

Then, something happened. My placenta got a tear in it that caused me to bleed. I went to the hospital and they did some monitoring and blood tests. On Saturday March 19th an ultrasound showed a healthy, happy and active baby bailey squirming around on the screen. I was given an appointment the following Friday and given the all-clear to go home.

Sadly, On Tuesday 22nd March, when I awoke, it was without the familiar internal kicks and punches that I was used to. Another trip to the hospital, another scan. Only this one showed that Baby Bailey’s heart had stopped beating. That he would never take his first gasp of air. That he was destined to be an angel, born sleeping, but still born.

I was then sent home to come to terms with this news and it was arranged that Bailey would be born a couple of days later. That night at about 11pm, I felt the familiar tinge of contractions and knew that Bailey had decided that he would be arriving before Friday. He was a typical boy, and would do things on his terms, not mine or the hospitals.

I laboured through the night with the love and support of Bailey’s nanna Trudy. I wanted my body to be racked with pain so that there was some physical outlet to distract me from the gut wrenching pain of my heart tearing to pieces, knowing that my baby would not take a breath. Would not open his eyes and look at me with wonder. Would not make a sound or shed a tear. Yet at the same time, I couldn’t wait to finally meet him. To finally gaze upon the perfect wonder of his precious little face. So I could memorize every little detail about him. It was bittersweet to say the least.

At 6.33am, Wednesday March 23rd 2011, Bailey Duesterhaus arrived in this world, too early and sleeping eternally, weighing 1880g, 42cm and with a head circumference of 29cm. He was very handsome. He was gorgeous. He looked like both his mummy and his daddy, and he had the cutest nose and the sweetest most kissable lips.

He was welcomed and farewelled with the love and cuddles of his family. Of his mother and father, his nanna, his 4 sisters, his big brother. Those who were able, came to see Bailey and spent time with him during the day. These people are blessed to have had the chance to see little Bailey and his sweet baby face. Those who were not able to see Bailey all sent their love and prayers.

The final goodbye was the hardest. He was dressed in his little outfit and wrapped in his snuggly blanket. He wore a little blue hat to keep his head warm. His angel eyes were closed, he looked peaceful, serene and perfect. With one last kiss and one last hug and a promise of an everlasting love so deep it could never be penetrated by merely death, I walked away and let his soul fly free.

Posted with love on behalf of Anita Duesterhaus, Bailey’s Mum.