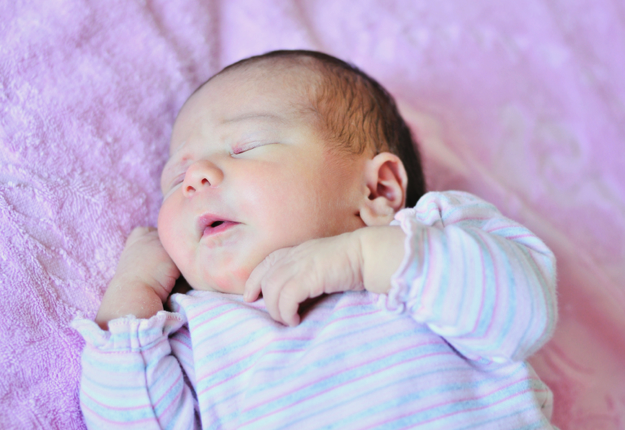 SIDS recommends that parents’ share a room (but not a bed) with infants for the first 6  to 12 months. This reduces the risk of SIDS. But not everyone seems to agree!

Quite often the guidelines change, and there seems to be a grey area around this info.

According to reports, Ian Paul, lead author of a study published in American Pediatrics, claims that 4 months is actually the best age.

He and his team analysed data from 230 participating families where half of the mums were encouraged to consider moving the crib when their baby turned 3 months old, and the other half received intensive advice on reducing SIDS risk from nurses who visited the home and provided specific feedback on improving the safety of the sleep environment.

What they discovered was that more than half the infants were sleeping in their own room by 4 months old, and just over a quarter were sleeping independently between 4 and 9 months.

“One of the reasons we wanted to explore this is that the evidence is really weak for 6 to 12 months,” Paul said about the AAP’s guidelines. “I think in [the Academy’s] strong desire to prevent every single case of SIDS, they have looked at the data with a biased perspective.”

Paul argues that continuing to encourage parents to keep children in their room until 1 year old may be counterproductive, because that is the same age when separation anxiety peaks.

“There are so many other factors in child and parent health that are consequences of this decision. That’s the worst time to make a change from a developmental perspective,” he said.

1. Sleep baby on the back from birth, not on the tummy or side.

3. Keep baby smoke free before birth and after.

5. Sleep baby in their own safe sleeping place in the same room as an adult care-giver for the first six to twelve months.

6. Breastfeed baby if you can.