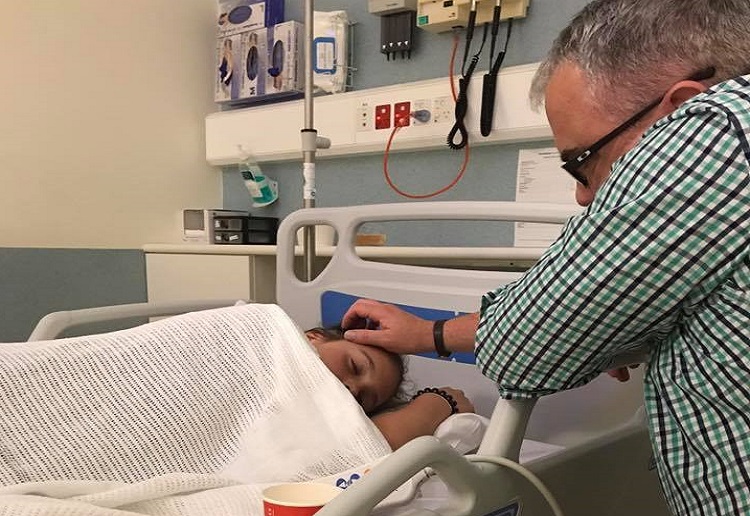 Leigh Davey shared on Facebook how her young daughter had contemplated suicide after she had been bullied at Primary School, but all the school did was tell the family to teach their child “how to be resilient against bullies.”

Leigh shared, “In this age of social media, children ( because they are children) think it’s ok to send hateful messages (to me also) without consequences.

Leigh has received calls from these children calling her an old hag because they defended their daughter, approached parents and pleaded with them to talk with their children and ask them to stop.

The WA department of education don’t expel children from schools for bullying as they say. “Every child is entitled to an education.”

What about our child’s entitlement asks Leigh?

She’s been sent home numerous times after self harming at school. She’s not allowed a pencil sharpener as she takes the blade out and cuts herself.

The WA department of education also told me, “You should teach your child how to be resilient against bullies.” Yes, they said that.

“Our girl has had a video taken of her sitting at her desk at school, legs slightly open, with a lovely caption about the smell. It was posted to snapchat. I spent 90 mins with the police as they tried to determine if it was photographing and distribution of pornographic material.”

Yes, a 12 year old can be prosecuted if the content breaches certain criteria. Sadly our daughters didn’t, but she was subjected to weeks of ridicule.

Repercussions? The girl who posted the video lost her playtime. The person who took the video? Nothing, because no one would tell who it was.

Leigh shared how they spent over 5 hours in A&E with psychiatrists, doctors and nurses, because his daughter “had a plan to commit suicide.” He also applied for a VRO against a 12 year old to keep her ( the bully) away from his daughter.

All because parents don’t accept responsibility for their children and schools can only do so much.

Leigh pleads, “Please, in this awful age of social media (or anti social media as we call it) check your children’s messages. Their devices are a privilege, nothing more, nothing less, so please make sure they are being polite and respectful in their messages.”

Teach the children to ‘talk’ not use text or social media to air their differences.

The family shared an update recently on how they were feeling about the overwhelming support they have received since the post went viral.

“Leigh and I cannot begin to thank you for all the incredible messages of love and support for our little girl and her situation. From the bottom of our hearts thank you.

“Rest assured, we will read all your messages, it will just take time. The strength we are taking from your messages is unquantifiable and to say we are overwhelmed and humbled at the outpouring of support is an understatement!

“We’ve not only had an unbelievable amount of comments to this post, but also hundreds and hundreds of personal emails from all over the world. Your messages range from sending love to our daughter, wishing her well, encouraging her to stay strong and sharing your own personal stories of both triumph and tragedy.

“The reality is we simply can’t respond individually to all your wonderful messages……there are just too many. This is why we are posting this update….to let you all know that none of your messages are being overlooked and we are grateful beyond words.”

“Eva is doing much better.

“You have been amazing and continue to be.
Carl, Leigh and Eva xx”

We are all responsible for this. It is time to stand up and STOP the bullying!