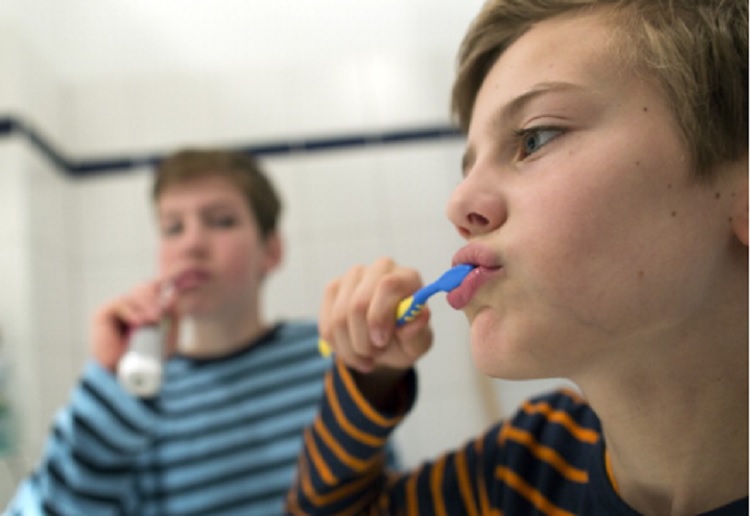 Father charged with assault after allegedly brushing his son’s teeth with so much force, the boy’s gums bled.

We originally shared this story on the 6th December, see below for an update after dad appears in court to face charges.

Original story… It is alleged the Perth father grabbed the teenage boy by the back of his neck and led him to the bathroom, where he then forcibly brushed the teenaged boy’s teeth, reports 7 news.

According to police, the man is facing three counts of aggravated common assault.

The man’s lawyers say they are now in negotiations with police to have the charges discontinued.

“I find (the charges) extraordinary, and it is legal in Western Australian for parents to apply physical force to correct the child as long as it’s reasonable and proportionate,” lawyer Nicole Young said.

“So I can’t really understand how the police decided to bring these charges.”

A police spokesperson said officers are obligated to investigate all assault complaints.

Last week a family Court decision sparked debate over when the line between discipline becomes abuse when it comes to punishing children.

A father, who had beaten his two eldest children with a cricket bat leaving them with bruises and welts, has been granted unsupervised visits with his six-year-old son.

Under the NSW Crimes Act, “the defence of lawful correction permits a parent, or someone acting with their authority, to punish a child with physical force. But the force must be reasonable in light of the child’s age, health and maturity, as well as their alleged misbehaviour. Force applied to any part of the child’s head or neck, or elsewhere on their body in a way likely to cause harm “for more than a short period”, is not considered reasonable.”

Earlier this year a father’s conviction for smacking his 12-year-old son was overturned, with a court ruling that causing pain during discipline does not “transform” a parent into a criminal.

As a mum of boys, I can totally imagine what lead this father to such drastic measures. Boys can be such grots!  But I am definitely not condoning his method. There are far better ways of getting the job done rather than getting physical with the boy.

Steve Lawrence has pleaded not guilty to three counts of common aggravated assault, with his lawyer stating he’ll “vigorously defend the charges”.

Mr Lawrence doesn’t deny he did it, but says his son refused to brush his teeth and believed he acted with reasonable force, reports 7 news.

The 36-year-old is also charged with allegedly dragging his eight-year-old son to his room and locking him in after a tantrum.

Mr Lawrence was granted bail, on the condition he stays at least 50 metres away from his two sons.

He will face court again on March 7.

Do you think this father crossed the line?