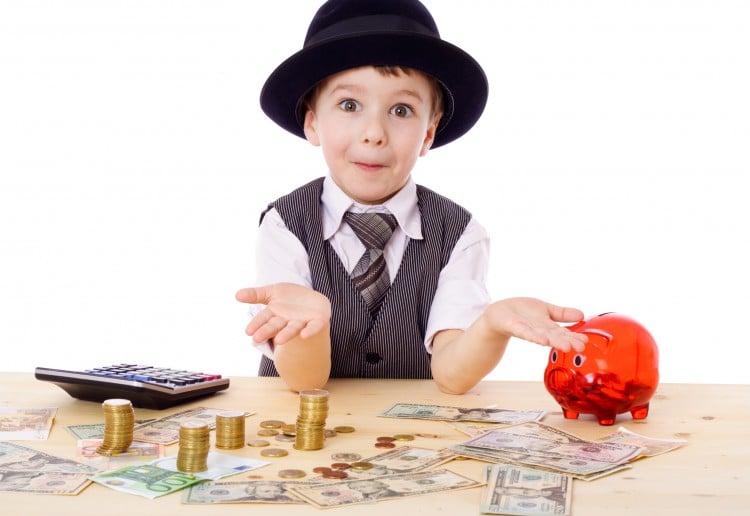 In a “tap and go” world it’s fair enough that people are worrying about the future generation and their relationship with money.

Will it get to the point where physical currency is no longer used? And how will that impact the way that children perceive the value of money and will it impact their attitudes towards saving?

We’ve enlisted the help of Matific’s Education Expert and Ex-Primary Teacher, Brent Hughes, to help provide his insight on how we can help to teach children about money while we are in this semi-digital currency world.

There’s no point denying that the digital evolution of money is happening, but it’s still important that kids practice counting money and exchanging dollars for small items at the local shops. This is an important part of them understanding how items are purchased and sold, and the value of money. Sometimes when online components of the financial world come into play, internet banking, debit cards, online shopping and so on, it can create an abstract view of money, but it’s important to teach our children early to treat their online financial activity with the same respect as they do with physical currency.

The ‘Smashed Avocado Generation’ is constantly berated for their ‘buy now, think later’ mentality but while this may be true for some, the millennial first home buyers are proof that many are savvy with saving. Research coming out of Cambridge University suggests that attitudes towards saving come from parents more so than schools. Their study found that when parents speak openly with their children about: why they are saving, how much they are saving and identify when the amount will be reached, it was found to be beneficial to the child’s understanding of money/and the importance of saving.

There’s nothing wrong with purchasing something that you want, but it’s good to exercise a waiting period to avoid the ‘buy now but regret later’ scenario. I remember in primary school having to fill out a table where all the “Wants” were put on one side and the “Needs” on the other. As a boy, I argued that despite the red Power Rangers outfit not being essential to my life, it was going to cause an amount of happiness greater than most of the “Needs”.

My self-imposed adult rule, that I will also be implementing with my son, is the ‘one week in the cart’ rule. If I want something, I put it in my shopping cart (digitally of course) and leave it. One full week later if I still want it then I’ll I’ll buy it. Often though, I have forgotten about it, proving to myself that I never actually wanted it that badly. Instilling a more thoughtful way of purchasing from a young age will hopefully help to eradicate some of the impulse buying later down the line, that can lead in severe cases to money problems.

It’s important to vary the medium in which your child/children pay for things. Sometimes they can use money, other times they can buy online, or with a card. They need to be exposed to more than just one method. It’s also important that children are given the opportunity to practice paying for things. A great way to do this exists with online maths games such as Matific Galaxy. There is a huge range of maths games which simulate the experience of purchasing things from vegetables through to movie tickets!

I’m sure you’ve heard the tale of the child who when their parents explain they haven’t got any money quip back – “Let’s go back to the hole in the wall and get some more.” Often for children when they can’t see the money, they struggle to understand the concept of it. If pocket money is something that occurs in your house have you thought about taking it online? Why not set up an account under your own and dedicate it to your child. Sit with them and explain the direct debit you’re setting up. Explaining how x amount of dollars is coming from the money you earn at work and being paid into their account. Whether that money is earned by them for jobs around the house or not is personal choice but by taking that process online, rather than giving out handouts ad hoc, helps solidify the notion of digital money = real money.

Matific is part of global educational technology company whose founders include top Australian businessman Leon Kamenev, who has launched a number of high-profile online companies including Menulog and HotelClub.

The Matific resource, which is currently in 46 countries and translated into 26 languages, has been getting excellent results and making inroads in both the New Zealand and Australian education systems, following the 2014/2015 TIMSS findings which revealed both countries’ primary maths standards were slipping, sitting at 491 and 517 respectively.

Given the decline in numeracy standards in New Zealand and Australia, highlighted by PISA and TIMSS, Matific is committed to supporting primary school teachers in the classroom and helping them get students engaged in maths at an early age.