Article Harsh! Young Child Accused of Being a Psychopath 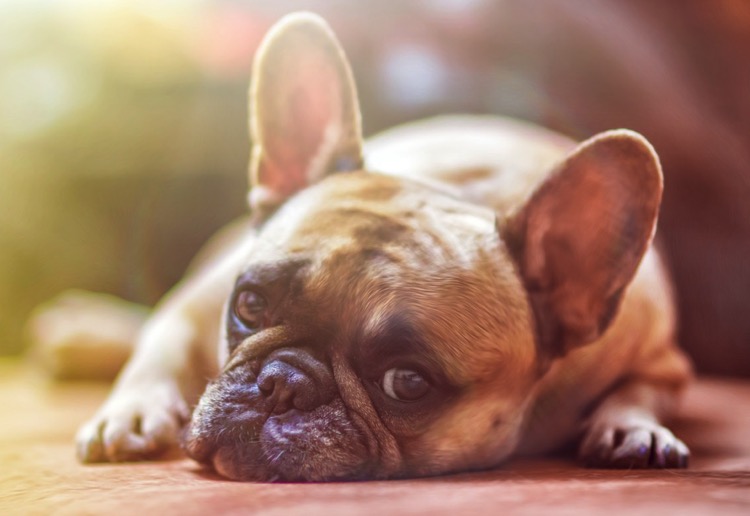 The mum of three shared, “I want to know what I can do to help my 4-year-old daughter who constantly hurts our small dogs.

“She purposely hurts them when we aren’t in the room, or will go to them in a separate room and hit/kick/squeeze them. We catch her a lot, but only if we see it or the dogs make a noise.

“How many times has she done it when they haven’t yelped? I’m really worried she’s got some sort of psychological issue and enjoys hurting them? She gets in trouble and knows it’s wrong, she lies about hurting them too. What can I do to help?”

The major advice was for the mum to seek a professional opinion ASAP!

Jenny wrote, “That’s a sign of significant trauma in a child. Something has happened to her that has really scared her. She may not remember it. Hospitalisation, accident, birth or pregnancy? That needs to be treated by trauma informed practice…..”

Anna said, “Quite simply find a good child phsycologist. It may be nothing, but its better to address it now than later, and the phsycologist will be able to work with both you and your daughter. Do it as quickly as possible before something happens that make the dogs retaliate.”

Steph said, “Give the dog to a good home. Your daughter needs to see a psychiatrist.”

Megan was worried and shared, “Wtf! I’d be putting her in counselling that’s not normal and that’s how psychopath killers are made.”

Kathy agreed, “This child needs an immediate assessment.
Hurting animals CAN be an indicator of abuse, neglect, trauma and RAD – Reactive Attachment Disorder.”

Lisa shared, “I would definitely be seeking help. Neither of my children would ever hurt an animal. They respect our pets the same way they do people. And for the sake of the poor animals & the safety of your child, I would try to re-home your pets.”

While other parents felt it was just curiosity and she just needed to be taught how to treat animals kindly.

One mum said, “Don’t rush her to therapy just yet. Sometimes it’s a dominance thing. Do to her what she does to them and give no sympathy when she cries just tell her that’s how the dogs feel.”

Mary said, “Smack her back so she realises it isn’t nice. If she doesn’t like it tell her neither do the dogs. Take a her fave toy away when she hurts the dogs, give her time out for 5minutes, don’t allow her screen time..”

Kylie said, “I think it’s curiosities, I used to teach gently to my toddlers, if the kitty made a noice I would comfort the kitty and ignor the child after I told him he made her cry.”

Another said, “I would sit down and ask her why she is doing it. At 4 she should be able to explain to a certain extent why and how it makes her feel. You need to explain to her that if that kind of behaviour continues than the dogs can no longer stay. You know that she is like this so you need to make sure she is never left alone with animals for her protection and theirs.”

Jessie empathised adding, “She’s 4. 4 year olds don’t have empathy. When she does this pick up the dog and hug it and say things like “I know that hurt I’m sorry puppy, kiss the dogs owies and tell your daughter that one day puppy is going to get sick of it and bite her.””

Another agreed, “Don’t listen to these negative and awful comments that your child is a psychopath!! 4yo’s need guidance and love, they need to be taught what’s right and wrong using the right language. Instead of telling her she’s ‘naughty’ explain that the dog is part of your family and that we need to respect and love all creatures. You need to positively reinforce the times where she plays with the dog and doesn’t hurt them ie create games of tug a war, ball throwing etc. Teach her that dogs are beautiful and loving..”

An estimated 30 percent of children who witness domestic violence will perpetrate violence against animals, according to Psychology Today. Witnessing domestic violence is a scary experience for anyone, especially a child. A child may try to cope with feelings of insecurity and lack of control by hurting another animal to express their fears and anger.

However, animal cruelty can sometimes be the result of a child’s misunderstanding of an animal’s feelings and viewing an animal as a toy instead of a living thing. This is why it is important to consider a child’s animal cruelty behaviors in the context of their age.
Children ages 1-6: Children this age or a child who is developmentally delayed may not understand how to treat an animal or may see the animal as a toy. Just as parents must teach a child to play well with others, parents must also teach children to care for their animals.