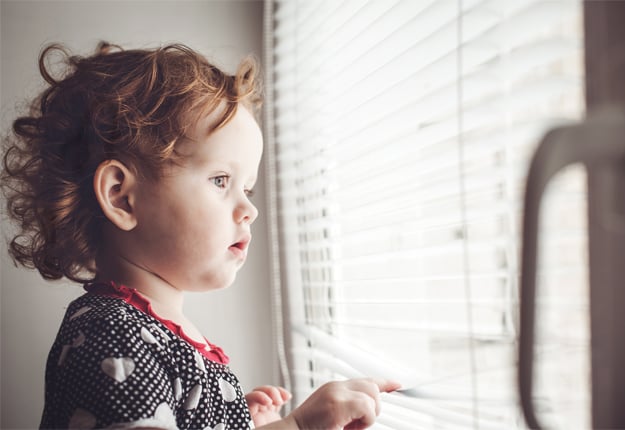 Childproofing the home is one of the biggest, most important tasks when raising a family.

Almost everybody combats the obvious; hot stoves and sharp knives, poisonous chemicals and staircases, to name a few. There are some dangers which slip our minds because they may not seem harmful to us – but they can be deadly for some young children.

There are “modern-day hazards” including small remote controls, magnets, batteries and treadmills, but there are also plenty of traditional items of furniture which can cause injury.

One such hazard in the home is curtain and blind cords. While cords are easily forgotten for us, they can lead to serious – and sometimes fatal – injuries with small children.

Last week, two Sydney families suffered from horrific tragedies when their children strangled to death on blind cords. A 15-month-old was strangled by on a blind cord in Quakers Hill, NSW recently, and a 16-month-old from Hornsby, NSW died after being entangled in a cord while she slept. Devastating incidents like these should act as serious wake up calls for the rest of us. We should take action to prevent such an accident from ever happening again.

Last year, an 18-month-old boy also died after being accidentally strangled in his sleep by a blind cord. Unaware of the danger, the cot was placed next to a window with vertical blinds. His parents later issued a warning to others about the danger of “something so silly,” which has changed their lives forever.

“My biggest message would be check the layout of the room and then while you’re in there give them a big kiss, because that’s what we miss,” said the boys mother, Linda Mackay.

While statistics regularly show that there has been a vast improvement in prevention of injury and accidental death, they do still occur regularly. Being careful means more than driving slowly, turning off hot water, and locking away chemicals. It also means checking every corner of the house for potential danger, and doing everything possible to avoid injury.

The overall message is don’t panic, kids have never been safer but a lot of common sense goes a long way

“So just do a careful review of a hanging point in the nursery, care for the button batteries and hot water, proper restraints in cars, they’re all common sense things. We’re not wrapping our kids in cotton wool, or a nanny state, it’s just common sense.”

Tragic stories such as these remind us that we need to continue being careful and safe around the home. Always ensure that blind or curtain cords are safely concealed, particularly in an unattended bedroom. Items such as the Dreambaby ® Blind Cord Wrap and Blind Cord Wind- Ups are an affordable and highly effective example of how to keep your little ones safe from a serious danger in the home.

Image of “child looking through blinds” from shutterstock