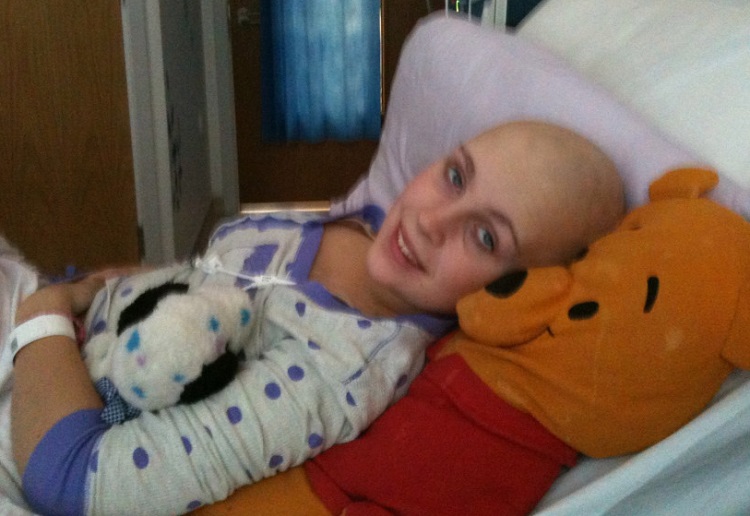 Mum shares heartbreak at hearing her daughter had to have a breast removed after ‘puberty lump’ turned out to be cancer.

Emma Wiltshire, 42, initially dismissed the pea-sized lump on teenager Gemma’s chest as a symptom of puberty.

When it started to grow rapidly in size, she took her daughter to the doctors and was dealt the devastating blow her little girl had cancer, reports The Sun.

Emma explained: “Gemma was 14 and had just began to develop breasts. The lump was the size of a pea, so I wasn’t immediately worried.

“But after a fortnight the lump was still there. If anything, it had grown a little, to around the size of a ten pence piece, so I took Gemma to the doctors.”

Emma told how the doctor suspected it could be a swollen milk duct and prescribed Gemma a few weeks of antibiotics.

She recalled: “He said he didn’t think it was anything to worry about. But two weeks passed and the lump didn’t go anywhere, so the doctor referred Gemma for a scan and a biopsy.

“While we were waiting for the results, I started to feel worried, although I didn’t tell Gemma.

“The lump was growing rapidly – by the time we were called to an appointment to discuss the results, it had swollen to the size of a grapefruit.”

Emma explained: “I listened in horror as medics explained it was an extremely rare type of cancer called rhabdomyosarcoma – a soft tissue cancer usually found in the legs and stomach.

“For some reason, it had grown in Gemma’s breast.”

Emma said: “The doctor said he had never heard of the condition being found in the breast before.

“He explained it appeared quite aggressive and they had to start treatment straight away to have a good chance of beating it.

“My world felt like it was spinning out of control at that moment, and I couldn’t help but collapse into tears.

“Gemma however, stayed strong and kept smiling, telling me not to worry, she’d beat it.

“I couldn’t get my head around the fact that my beautiful, intelligent and headstrong daughter had just been diagnosed with cancer.

I knew there would be a long road ahead of us. I wondered if Gemma realised just how hard that road would be.”

Emma’s husband Geoff, 50, and her son Daniel, 19, were also devastated by the news.

Gemma was rushed in for intense chemotherapy the very next day.

Emma recalled: “While I felt like I was falling apart, Gemma walked straight into the ward with her head held high.

“I was so proud of her bravery.”

After a few days Gemma asked for her hair to be shaved off, knowing the treatment would make it all fall out anyway. 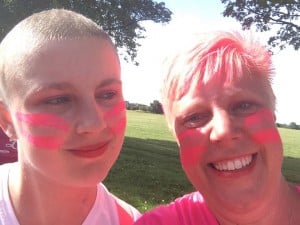 In February 2014, a surgeon explained that the next step of treatment would be to perform a mastectomy.

Removal of her breast was needed to ensure they got rid of all of the cancer.

The surgeon explained Gemma would be eligible for reconstructive surgery, but not until she had finished growing.

Emma recalled: “That was the first time I saw my little girl falter.

“Gemma looked over at me, her eyes wide with panic. She pleaded with the surgeon to remove both and give her the reconstructive surgery then and there, but he couldn’t.

“I could tell the idea of only having one breast filled Gemma with horror. Being a teenager with cancer was hard enough, let alone when you only had one boob.

“She was only 14 and she was losing a breast – it didn’t seem fair.

“But we put all our faith in the medics taking care of Gemma and the operation was hailed a success.”

“No girl should have to go through cancer at 14, but Gemma fought hard with her head held high – now she has her whole future to look forward to.”